How good people are tricked into Islamophobia 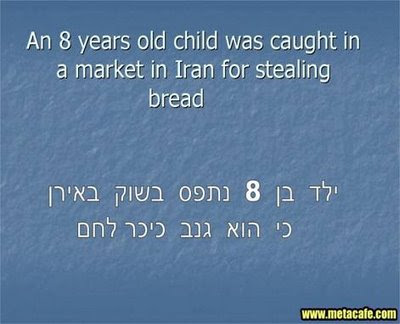 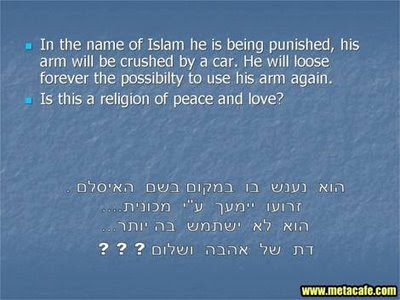 Several months ago while surfing blogs I encountered a post that seemed out of place. It was headed by the two images at the top, watermarked at Metacafe.com, and allegedly describing in two languages the events to be seen in subsequent images - an 8-year-old child caught stealing bread who "in the name of Islam" will have his arm crushed by a car.

I was immediately suspicious that this was going to be fake material. The next photos confirmed my suspicion: 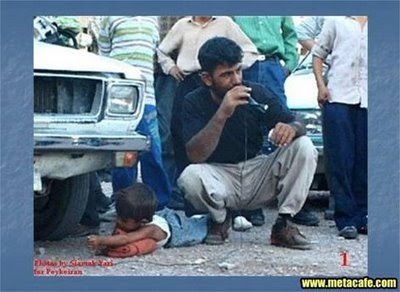 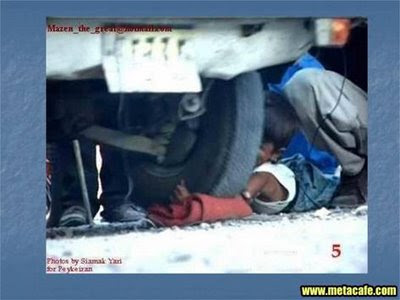 The towel cushioning the arm was totally inappropriate for any sort of judicial punishment. I'm also familiar with traumatic injuries and know of cases in which automobiles rolled over the thoraxes of children (leaving tread marks across the ribs) without breaking any bones. This had all the earmarks of a show.

It took only about 5 minutes of searching on Snopes to find the answer. As explained here, with additional photos, what is depicted is a form of street circus during which performers hustle money from gawkers. This event was filmed in Iran, but such stunts are done around the world by gypsies and other street people. I even found a YouTube video in which an American/Brit/Aussie has his friends roll over his arm (without a blanket) in typical jackass fashion to get a moment's fame.

But back to the blog where I found this. The appended commentary included "this is what Islam is about" and "I've read the Qu'ran and there's lots of stuff like this" and "I want the Council on American Islam Relations to explain this to me." I then explained it to him in a comment with links, and to his full credit he then published a retraction and further explication in his blog.

What interests (and disturbs) me is that the blogger who posted this seems to be a sensible, educated fellow and not particularly naive re the internet. Yet, when he encountered this, he accepted it as truth and was on the verge of further spreading this distortion. The true "wickedness" lies in the creation of the slander, by someone who copied the photos off a legitimate Iranian website, added false information, and then sent it out into cyberspace. Thereafter the propagation relies on credulity and xenophobia.