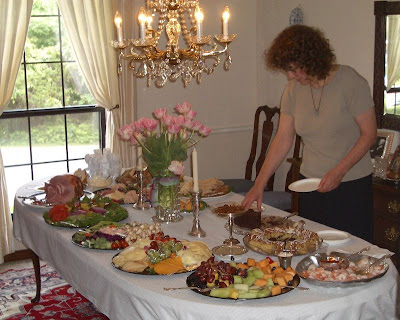 A parrot named Willie has been awarded an Animal Lifesaver Award by the Red Cross in Denver. It was in a room with a toddler who began to choke on food. Willie repeatedly yelled "Mama, baby" and flapped his wings, alerting an adult who saved the child with a Heimlich.

Time magazine online has a list of what they consider to be the "Best Blogs of 2009."

I didn't realize that the original ending of Little Shop of Horrors was one in which everyone was killed by the mutant plants. Video is available on YouTube. Here's part 1, where it eats Audrey; at the sidebar you can navigate to parts 2 and 3 to see the city destroyed.

A young couple in Beijing had an argument; she threatened to commit suicide by jumping out of the window. He was in the street below. She jumped. He tried to catch her. He was killed. She survived.

The Comptroller of the State of New York audited the books of the state's Medicaid program and discovered that "1,483 dentists billed Medicaid $863,000 for cleanings, fillings, extractions and x-rays for 5,046 patients with full dentures.”

A scientist has been exposed to Ebola virus after an accidental needle stick. No cure is known, but research is underway, so researchers around the world are rallying to help this young woman.

Lots of fascinating stuff at Nothing to do with Arbroath this week. Just go there and read the whole blog. You will find a man whose hand was cut off who fought back with his stump, a compulsive hoarder whose body was found under piles of her junk after being missing for seven years, a police horse frightened by a 5-foot-long plastic penis, and a cow that gave birth to twins of two different breeds.

Maurice Ravel may have encoded a woman's name into one of his compositions. "...the notes, E, B, A in musical notation, or "Mi-Si-La" in the French doh-re-mi scale, refer to Misia Sert, a close friend of Ravel's."

The Taliban reaffirm their medieval mindset by banning polio vaccinations.

Five of the last seven U.S. presidents have been left-handed.

Euthanasia kits are available in the U.K. for £35. They don't contain the necessary medications, but rather testing materials to make sure medications imported from questionable sources are pharmacologically active.

HuffPo has a brief report on the ABC News report on people who want to raise carnivorous pets (cats, dogs) as vegans. Long (and vehement) discussion thread.

Via J-Walk, a photoessay on what Cheetos are made of, and how to convert them to a tasty popcorn topping.

A dog in North Carolina ate $400 of a family's money. By a "process of elimination" they have been collecting "deposits" from the dog, washing them and retrieving bits of the bills, which they hope to exchange for new bills. Several pundits have noted that the family is getting a better return on their money than if they had invested in the stock market.