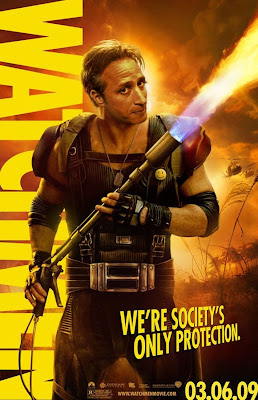 Every blog, every website, every pudit has weighed in this week on the Jon Stewart/Jim Cramer confrontation, so I won't dwell on the subject, but I did want to embed the video for possible future reference.

The introduction is laugh-out-loud funny. ("How weird is our world when Jim Cramer is on TV baking pie and Martha Stewart is the one who went to jail for securities fraud?")

But it quickly devolves into a serious, bitter reprimand by Jon Stewart (
There's an excellent column at The Guardian that reviews not only this episode, but the history behind it.

It was this comedian who, like a court jester, told uncomfortable truths about the Iraq war when the mainstream media was playing cheerleader. Now, as the financial apocalypse unfolds, it is Stewart again who is scything through the herd mentality and culture of deference... a headline in the New York Times asked: "Is Jon Stewart the Most Trusted Man in America?"

James Fallows' take on the interview as serious journalism is here. Dan Sinker at HuffPo rightly points out that Stewart's target was not Cramer per se but financial reporting by CNBC in general. Glenn Greenwald at Salon echoes the Guardian's observation that CNBC's weak coverage of financial shenanigans was mirrored by the MSM's unquestioning acceptance of the Iraq war. Andrew Sullivan suggests that Stewart's example applies not just to televised journalism, but to the cyberworld as well:

In some ways, the blogosphere is to MSM punditry what Stewart is to Cramer: an insistent and vulgar demand for some responsibility, some moral and ethical accountabilty for previous decisions and pronouncements.

The video above will likely become, if not a watershed moment, certainly a defining meme that should be familiar to responsible citizens. If you've not seen it, at least bookmark it for future review.