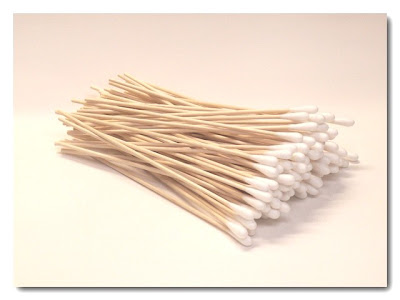 Police in Germany had found the same DNA at 39 different crime scenes over a period of two years. Hundreds of detectives were searching for an elusive female criminal.

Her DNA was found over and over again: in bottles, tank lids, on bullets – and once even on a biscuit! Traces were found in southern Germany, Austria and France. Thousands of saliva tests were taken but there was still no answer... They eventually offered a 300,000 euro reward to find the killer.

Yesterday a spokesman for the public prosecutor's office announced that the investigations were being called off. They had determined that the source of the DNA on the specimens was a woman who made the cotton buds used to collect the samples.