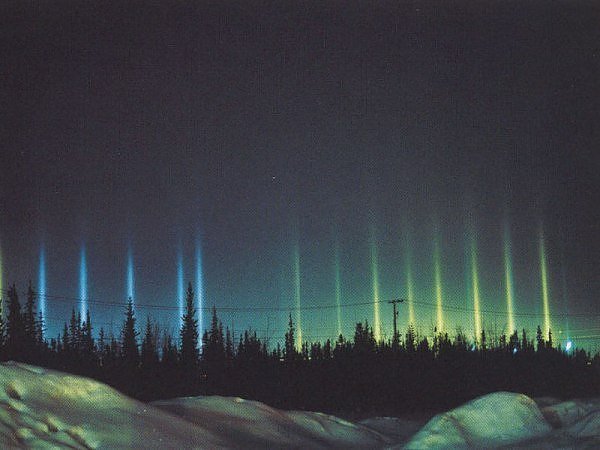 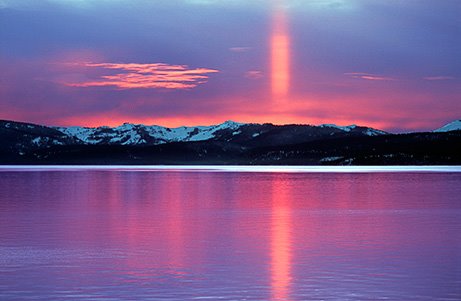 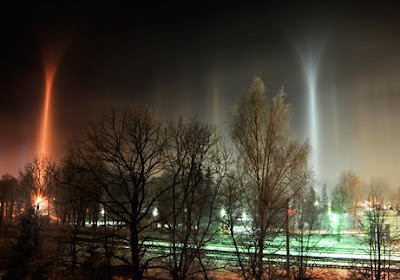 Light pillars are natural phenomena that appear otherworldly. They form in winter when flat ice crystals suspended in the air reflect either light from the sky or light from the ground.

The top photo shows light pillars above an ice-skating rink in Fairbanks, Alaska. "Though they are local phenomena, light pillars can look distant like an aurora. The closer an observer is to the source of the light pillar, the larger it seems."

In the second photo (at Lake Tahoe), the setting sun was the source. The bottom photo was taken in Latvia shortly after Christmas this past year. These and other examples are in a photoset at National Geographic.

One wonders how many legends and stories were created when such phenomenon were observed in prehistory (or even in recent millennia).