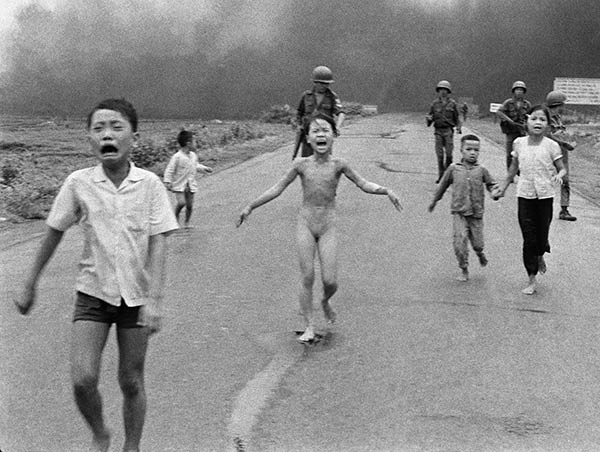 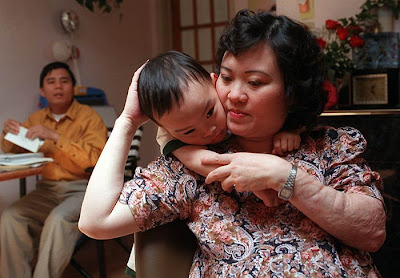 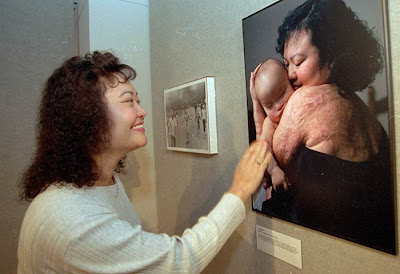 The top photo is an iconic image of the Vietnam War, readily recognizable by all those of my generation who were draft age in the late 60s. Never before have I taken the time to actually learn about the event, the little girl, or the photographer; I did so today after encountering the followup photos here and a discussion at Reddit.

The incident occurred when South Vietnamese planes dropped napalm on a South Vietnamese village occupied by North Vietnamese troops, resulting in "collateral damage" to many children, who came running down the road. The little girl was/is Kim Phuc, now a Canadian citizen and shown in the two photos above. The photographer was Nick Ut, who earned a Pulitzer Prize for the top photo.

The video is powerful, and is presented without overdubbing or commentary. It speaks for itself.