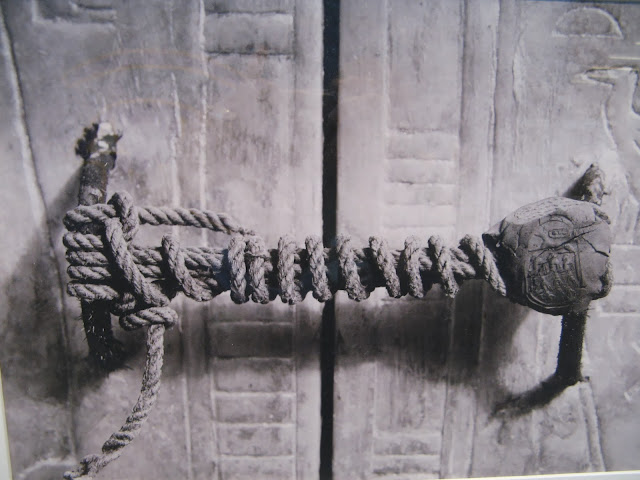 I thought I had blogged this before, but can't find a relevant old post.


This seal was actually a seal to King Tut’s fifth shrine. The king was buried in a series of four sarcophagi, which were in turn kept inside a series of five shrines. This unbroken seal stayed 3,245 years untouched...

Harry Burton photographed the ornately decorated doors of the second shrine while closed, their simple copper handles secured together tightly by a rope tied through them. The knotted cord was accompanied by a delicate clay seal featuring Anubis, the ancient Egyptians’ jackal god entrusted with the protection of the cemetery.

It’s not uncommon to find rope, wooden carvings, cloth, organic dyes, etc. in Egyptian pyramids and tombs that wouldn’t have survived elsewhere in the world. Egypt’s desert conditions made possible the preservation of far more organic material than would have otherwise been the case.