"Nearly half of the moon's soil is made of oxygen." 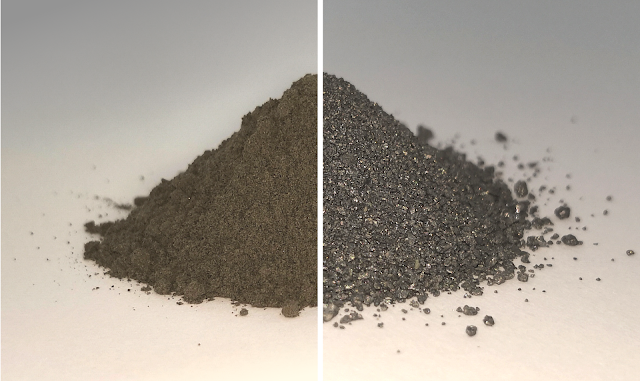 You learn something every day.  This was totally new information for me:


Nearly half of the Moon’s soil is made of oxygen, an essential resource for human life support as well as a useful ingredient for many fuels. To figure out how to extract extraterrestrial oxygen on future Moon missions, scientists have established the first prototype of a small oxygen-producing plant, according to the European Space Agency (ESA).

The photo embedded above is from the ESA:


On the left side of this before and after image is a pile of simulated lunar soil, or regolith; on the right is the same pile after essentially all the oxygen has been extracted from it, leaving a mixture of metal alloys. Both the oxygen and metal could be used in future by settlers on the Moon.

Samples returned from the lunar surface confirm that lunar regolith is made up of 40-45% percent oxygen by weight, its single most abundant element...

“This research provides a proof-of-concept that we can extract and utilise all the oxygen from lunar regolith, leaving a potentially useful metallic by-product.