The word "tribe" can be defined to mean an extended kin group or clan with a common ancestor, or can also be described as a group with shared interests, lifestyles and habits. The proverb "birds of a feather flock together" describes homophily, the human tendency to form friendship networks with people of similar occupations, interests, and habits. Some tribes can be located in geographically proximate areas, like villages or bands, though telecommunications enables groups of people to form digital tribes using tools like social networking websites. 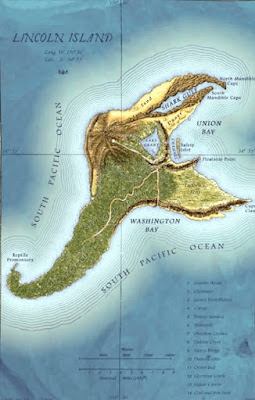 In recent weeks, wealthy city dwellers hoping to escape the novel coronavirus have been fleeing to their second homes, exacerbating long-standing tensions between locals and summer residents. While those from out of town feel they have the right to use property they own and pay taxes on, year-round residents worry the new arrivals could be carrying the disease, and local hospitals aren’t equipped to handle an outbreak.

Last week, Facebook groups intended to connect Cape Cod residents devolved into embittered name-calling and demands to close the bridges to the mainland. Police in Block Island, R.I., reported receiving credible tips about residents threatening to destroy the island’s power transformers to discourage visitors. North Haven, a small island off the coast of Maine, voted to ban its own part-time residents...


Still, for city residents facing the prospect of an extended lockdown, escaping to Shelter Island in New York or Boothbay Harbor in Maine has obvious appeal. Some communities are turning to drastic measures to keep them away.

In North Carolina’s Outer Banks, both Dare and Currituck Counties have banned nonresidents from accessing their property. Exceptions will be made for “extreme circumstances” on a case-by-case basis, the Outer Banks Voice reported.

And this related article in The Lily:  "Nantucket has 3 ventilators. Residents say ‘stay away,’ but East Coast elites keep coming":


[Nantucket is] a “medical desert,” according to Nantucket Cottage Hospital CEO Gary Shaw. The first confirmed case of coronavirus on the island was announced Sunday, and more will likely follow. With 17,000 year-round residents, Shaw estimates the island could eventually have as many as 1,700 infected patients, 350 of whom would require hospitalization.

“Well I have 14 beds and three ventilators,” said Shaw. The hospital also has a shortage of doctors, and no intensive care units. “It’s straight math.”

Nantucket is a storied holiday destination for the East Coast elite, its population swelling to approximately 50,000 at the peak of the summer season. In the past two weeks, summer residents have streamed onto the island, retreating to second homes to wait out the virus, straining a medical system already incapable of treating coronavirus for the people who live there year-round...

It didn’t take long for the year-rounders to notice the new arrivals. The first sign of summer residents is always the license plates, said Chapa. Last weekend, she said, she started seeing BMWs from New York, Mercedes-Benzes from Connecticut. Then she drove by the airport and saw the line of private jets...

Now the big question is whether to restrict access to the ferries, preventing the summer residents from boarding the boats...

Year-rounders should remember the island’s history, Glidden says: Centuries ago, when white settlers first arrived on the island, they brought a virus that wiped out Native Americans.


[Idaho's Wood River Valley] is a coronavirus hot spot, registering one of the highest infection rates per capita in the country. With 192 cases in a county of just 22,000 people — including two deaths — the share of the population testing positive is greater than even in New York City.

The impact has been dramatic: The small hospital in Ketchum, the region’s hub, has partially shut down after four of its seven emergency doctors were quarantined. Patients are being ferried to facilities hours away. The fire department is relying on fresh-faced volunteers, trained in a day, to drive ambulances...

Sun Valley — the region’s major ski resort — announced the next day that it was closing for the season, weeks earlier than planned. The day after, Ketchum Mayor Neil Bradshaw did something he never thought he would: He wrote an open letter telling tourists to stay away.

Updated from March to present the situation in northern Minnesota:

Already many of these small-business operators have developed new ways to clean their cabins, sell bait from their shops and keep anglers safe distances from one another while launching boats — all because of the coronavirus pandemic.

Now they need customers. Or some won’t survive.

But in the past month, some public officials Up North have said Twin Cities residents aren’t welcome in their backyards. They’re worried, they say, that their first responders and medical facilities can’t handle influxes of visitors who might get sick while fishing or otherwise vacationing...

Wherley points out that by their nature resort cabins are “socially distanced” from one another. Rather than connected by a common hallway, like motel and hotel rooms, resort cabins are divided by green grass and clean air...

Some resorts will ask guests to bring their own towels and bedding. Others might provide large plastic bags and ask guests to seal the resort’s bedding and towels before they leave. Everyone will expand cleaning and disinfecting protocols...

“Our members have been brainstorming all kinds of best practices to operate safely during the pandemic,” Carlson said. “Washing down rental boats. New rules for fish-cleaning houses. How to sell bait. Having guests report directly to cabins rather than to a lodge. All of these things are being considered. We’re confident our resorts can do this safely.”