Siphonophores are the world's longest creatures

Siphonophores are of special scientific interest because they are composed of medusoid and polypoid zooids that are morphologically and functionally specialized. Each zooid is an individual, but their integration with each other is so strong, the colony attains the character of one large organism. Indeed, most of the zooids are so specialized, they lack the ability to survive on their own. This is somewhat analogous to the construction and function of multicellular organisms; because multicellular organisms have cells which, like zooids, are specialized and interdependent, siphonophores may provide clues regarding their evolution.

Miranda said it best: "O, wonder! How many goodly creatures are there here!"

Reposted from 2014 to add this remarkable photo of a siphonophore: 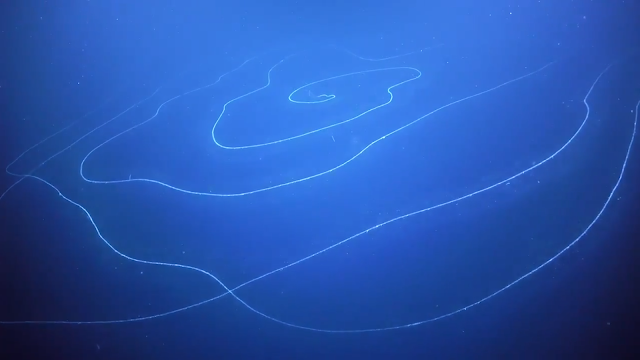 Via Smithsonian, where there is a video.


The creature was spotted by the Ningaloo Canyons Expedition, a team of researchers from institutes including the Western Australia Museum, the Schmidt Ocean Institute and the Scripps Institution of Oceanography... Researchers have not yet formally determined the creature’s length, but Wilson and Kirkendale tell Science Alert that the outer ring of the siphonophore’s spiral formation was estimated to be about 154 feet long, which would be longer than a blue whale, which typically reaches about 100 feet long. Logan Mock-Bunting, a spokesperson for the Schmidt Ocean Institute, tells Newsweek that the entire creature might measure about 390 feet long.,, it does appear to be longer than any other animal on the planet...