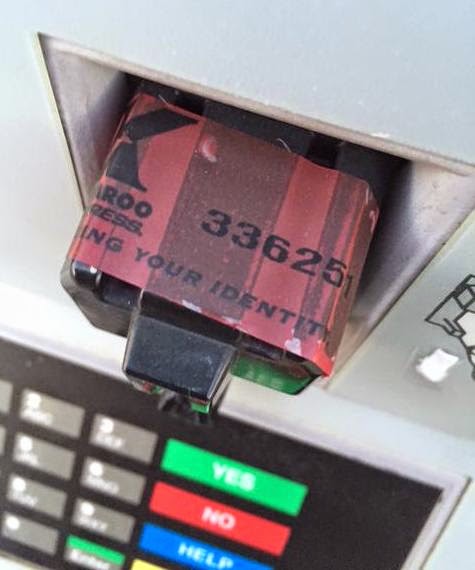 Over the past five years I've written three posts about credit card skimmers.  In 2009 an alert to the existence of skimmers that steal your credit card data at ATMs.  In 2010, photos of some virtually undetectable skimmers.   Then in 2011 reports of skimmers found inside hacked gasoline pumps.

This year's report comes from Krebs On Security, which reminds us that security tape on a card-accepting device (gas pump for example) is meaningless.


Tyler wanted to know what would prevent a scammer from simply removing the tape from one reader and placing it back on top of a compromised reader? Or, since most people probably wouldn’t know to look for the presence of tape around the card reader, how about just placing the skimming device right on top? I wondered that as well...

Of course, security tape wrapped around a card reader at a gas pump isn’t going to stop most pump skimming attacks, which start when someone with a master key for the pump opens it up and fiddles with the guts of the machine. The crooks figured out a long time ago that only a handful of master keys are needed to open the majority of the gas pumps in use today.