Child punished for being late to school 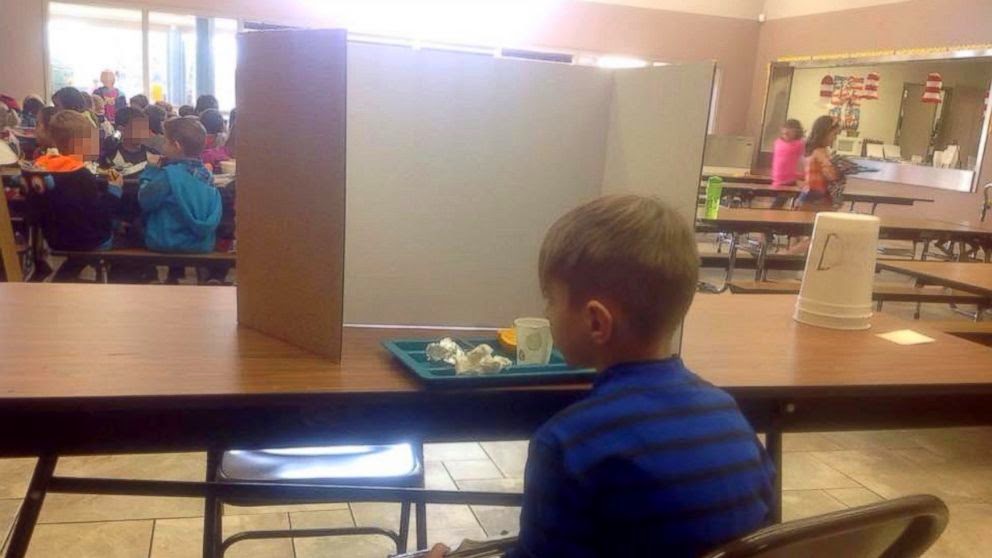 Photo taken by his mother, who was called to pick him up from school because he wouldn't stop crying.


Garloff and Cmelo spoke exclusively Wednesday night to NewsWatch 12’s Erin Maxson to explain why their son is tardy so often. According to the couple, riding the bus is not an option because the family lives within a mile of Lincoln Elementary. Hunter’s dad Mark says walking is not an option because the roads are too busy for someone his age. Hours after Mark leaves for work Nicole says she gets her son, three year old daughter and herself in the car. This, she says, can be delayed for a number of reasons. Sometimes Hunter isn’t ready, but most often the tardiness is not his fault. Nicole suffers from osteoporosis which makes it painful and difficult for her to function, especially in the morning. She said that is usually why they are late, but added that in January the tardiness increased because the family was also having trouble Nicole’s car starting regularly.

Via Reddit.  Several weeks ago New Republic posted an article about truancy laws:


More than 1,600 parents—most of them mothers—have been jailed in Berks County since 2000 for failure to pay truancy fines. In Pennsylvania, truancy is defined as more than three days of unexcused absence from school. After that, kids and parents can be referred to court and fined $300 per additional unexcused absence, in addition to court costs...

Absence from school is an undeniable problem. We know it is correlated with lower grades, with dropping out of high school, and with trouble with the law. What is less certain is if treating truancy as a crime addresses these underlying issues in an effective and reasonable way. Such interventions have not been proven to increase school attendance or decrease long-term criminal behavior. In fact, the criminalization of truancy often pushes students further away from school, and their families deeper into poverty. Lots more at the link.