The seacoast of Bolivia 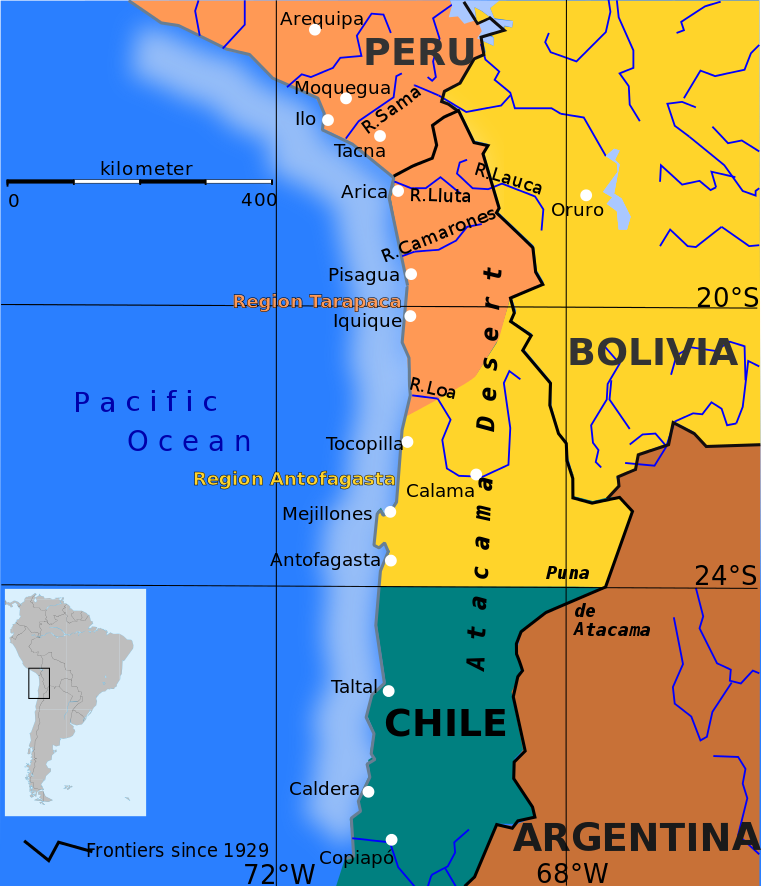 You learn something every day.  Bolivia used to have a seacoast.  That territory was lost in the War of the Pacific (1879-83):


"... fought in western South America, between Chile and allied Bolivia and Peru in a variety of terrain, including the Pacific Ocean, Atacama Desert and Peru's deserts and mountainous regions in the Andes... Chile acquired the Peruvian territory of Tarapacá, the disputed Bolivian department of Litoral (cutting Bolivia off from the sea), as well as temporary control over the Peruvian provinces of Tacna and Arica."


For more than a century, Bolivia has done a lot of magical thinking to support its claim that this condition is only temporary. The country has a star for El Litoral (The Shore) on its coat of arms, and it hosts a yearly pageant to choose a beauty queen for the former territory. Chile, for its part, hasn’t budged.