"The Wilhelm scream is a stock sound effect first used in 1951 for the film Distant Drums. Actor-singer Sheb Wooley is considered to be the most likely voice actor for the scream, having appeared on a memo as a voice extra for the film.

The Wilhelm scream has been featured in many films and television programs since. Alongside a certain recording of the cry of the Red-tailed Hawk, the "Universal telephone ring", the Goofy holler, the Tarzan yell and "Castle thunder", it is probably one of the best-known cinematic sound clichés.

Addendum:  Reposted from 2008 (!) to embed an updated video compilation and this graph - 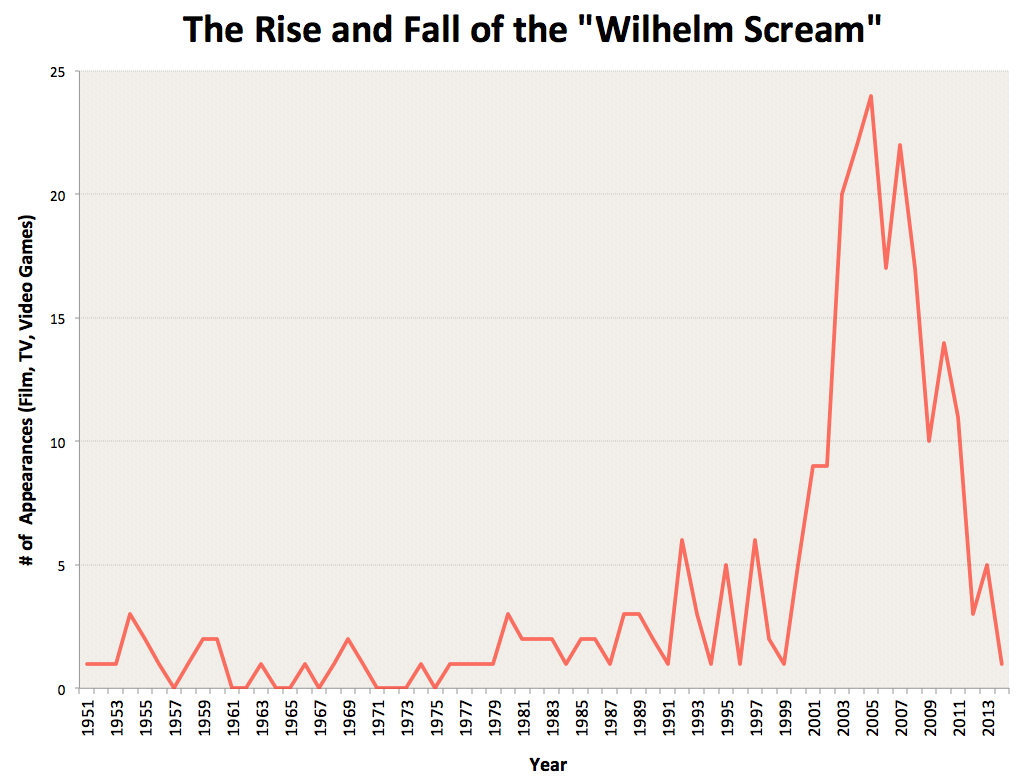 - showing that the Wilhelm scream seems to have fallen out of favor.


“[The Wilhelm] was something that was so below the radar, that the only people who noticed were the ones who knew,” reminisces Ben Burtt, the man who rediscovered the scream nearly 45 years ago. “Now that it's above ground, it isn’t nearly as much fun to use anymore.”

The Priceonomics link above has a list of several hundred uses of the scream in movies.