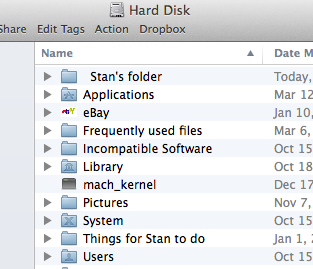 Yesterday, after permitting some recommended autoupdates to be installed on my Mac, two new items appeared on the menu of my hard disk.  One was a folder for "incompatible software" (empty, and dated 6 months ago, but never present at this level of my hierarchical menu).  I think this has appeared before after updates when the system replaces old components, but it's usually deeper down in the files.

Of more concern to me was a mysterious "mach_kernel" apparently dating from mid-December and described as a "Unix Executable file" - a scary virus-suggesting term.  I quickly did a Google search and found this: 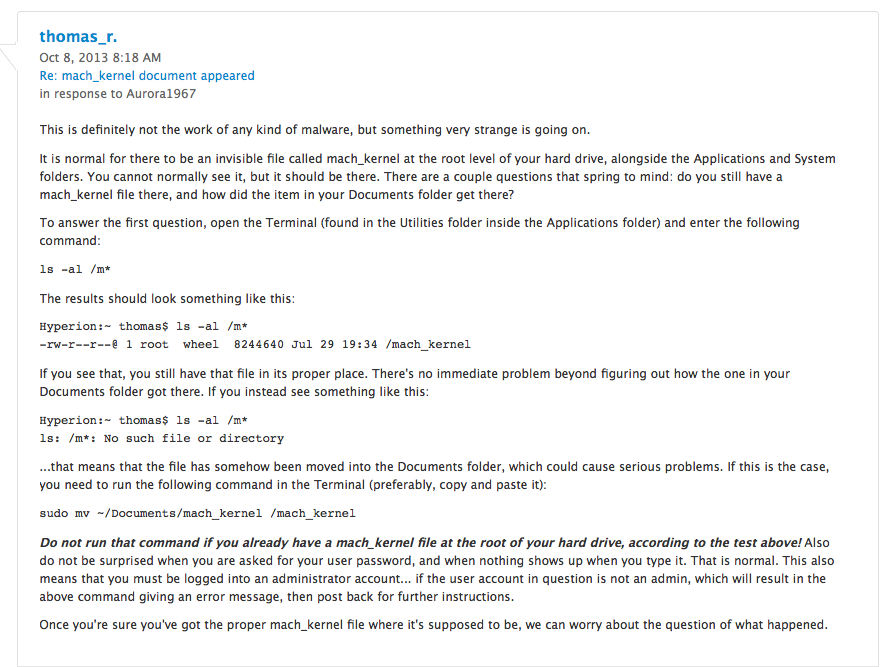 The comment comes from a trustworthy Apple Support Community webpage.  I did type the requested command into terminal and received the favorable response of (?another) mach_kernel being in its proper place.  I'm tempted to delete this new one, but reluctant to do so.  I may have to defer blogging for a while until I get the details of this worked out.

FWIW, I've also found that I cannot now change the names of any of the folders in the image at the top without receiving a notice that "Finder wants to make changes" and then I have to type in my password.  That has never happened before, and it doesn't seem to be happening with other folders located deeper in the hierarchy.

Have any readers encountered this problem and dealt with it successfully?

Addendum:  I have also found this more recent advice: 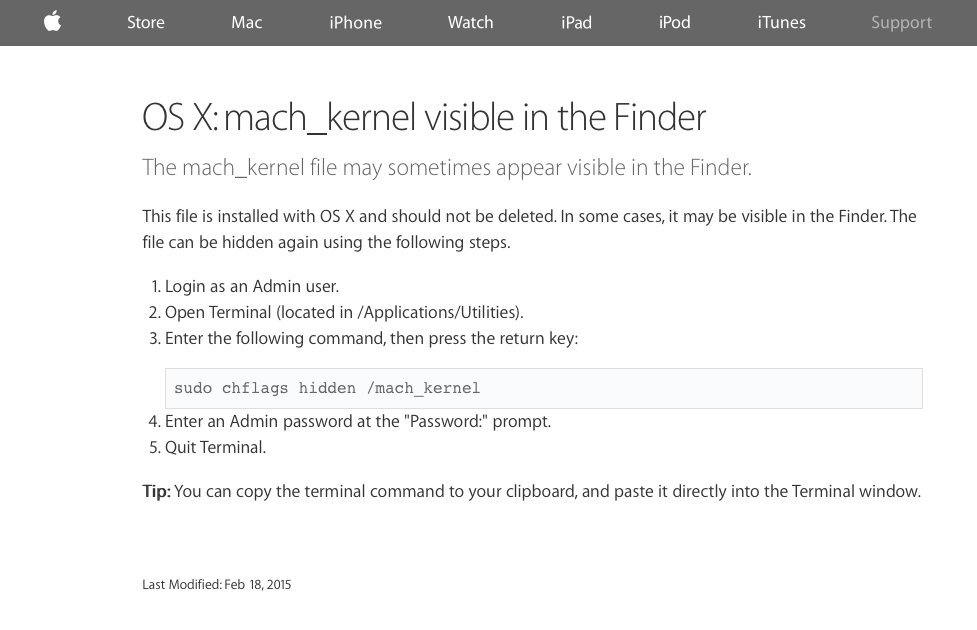 - but I don't know whether to follow that advice since Terminal tells me I already have a mach_kernet elsewhere on the computer.  If I "hide" this new one, will it conflict with the other one?