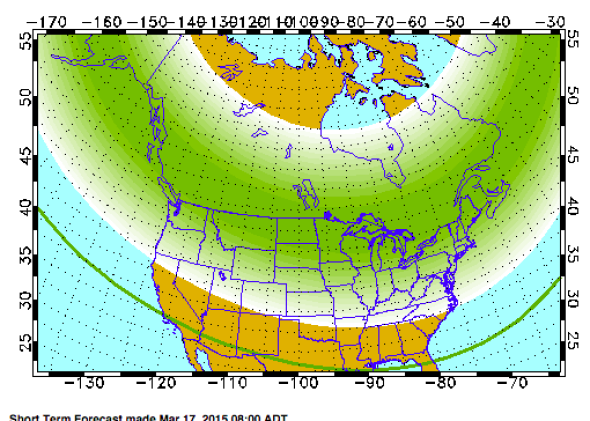 The chart above is for last night but there might be a carry-over effect to tonight.

A St. Patrick’s Day solar storm will send a torrent of green-hued northern lights across much of the United States on Tuesday evening, as a fierce solar storm impacts the Earth’s upper atmosphere.

If the storm holds up at its current strength for the rest of the evening, it could dazzle skywatchers as far south as Dallas and Atlanta, where it may appear low on the horizon. The dancing aurora borealis could be nearly overhead for Seattle, Chicago, and New York City. If it’s clear where you are, go outside. You won’t want to miss it.

For real-time updated forecasts, see the 30-minute forecast at NOAA.