Intriguing and scenic, but I had to hold on to things just to watch the video.


El Caminito del Rey (The King's pathway, often shortened to El Camino del Rey) is a walkway, now fallen into disrepair, pinned along the steep walls of a narrow gorge in El Chorro, near Alora in Spain.

The walkway has now gone many years without maintenance, and is in a highly deteriorated and dangerous state. Some parts of the walkway have completely collapsed and have been replaced by a beam and a metallic wire on the wall.

Many people have lost their lives on the walkway in recent years. After four people died in two accidents in 1999 and 2000, the local government closed the entrances. However, adventurous tourists still find their way into the walkway. (credit to Presurfer).

2014 addendum: Reposted from 2008 to note that the famous walkway is undergoing an upgrade:


Caminito del Rey, the so-called world’s scariest hike, will reopen early next year after undergoing a multi-million pound restoration. However, the new version is likely to be much more sanitised than the walk that has become very well known online...

Work began in March this year, with authorities hoping the new walkway will provide a boost for tourism in the area. The 1.2kilometre trail was originally installed to allow workers access to the Guadalhorce dam.

Before and (concept) after photos at The Telegraph.  This walkway is on my bucket list of things-I-never-want-to-do.

Update:   The Washington Post has a nice photogallery showing the updated walkway, which apparently was installed above, not in place of, the old one. 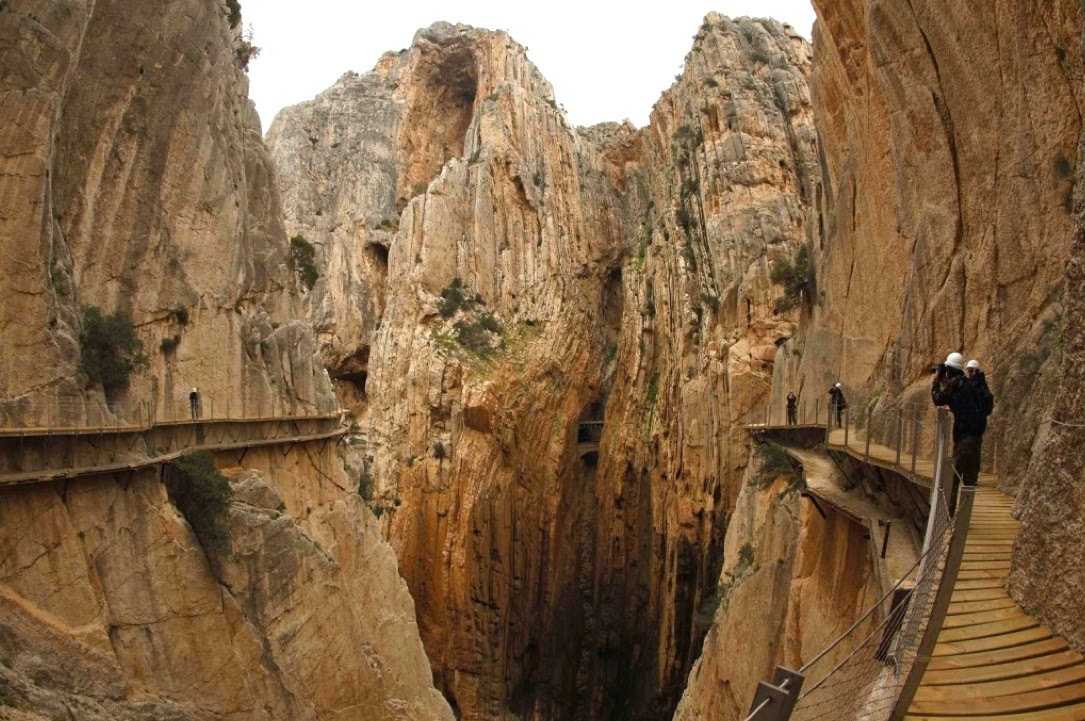 I still don't intend to go, but now I feel safe in asking my cousin in Barcelona to go on my behalf.