Factors influencing the size and shape of f-holes 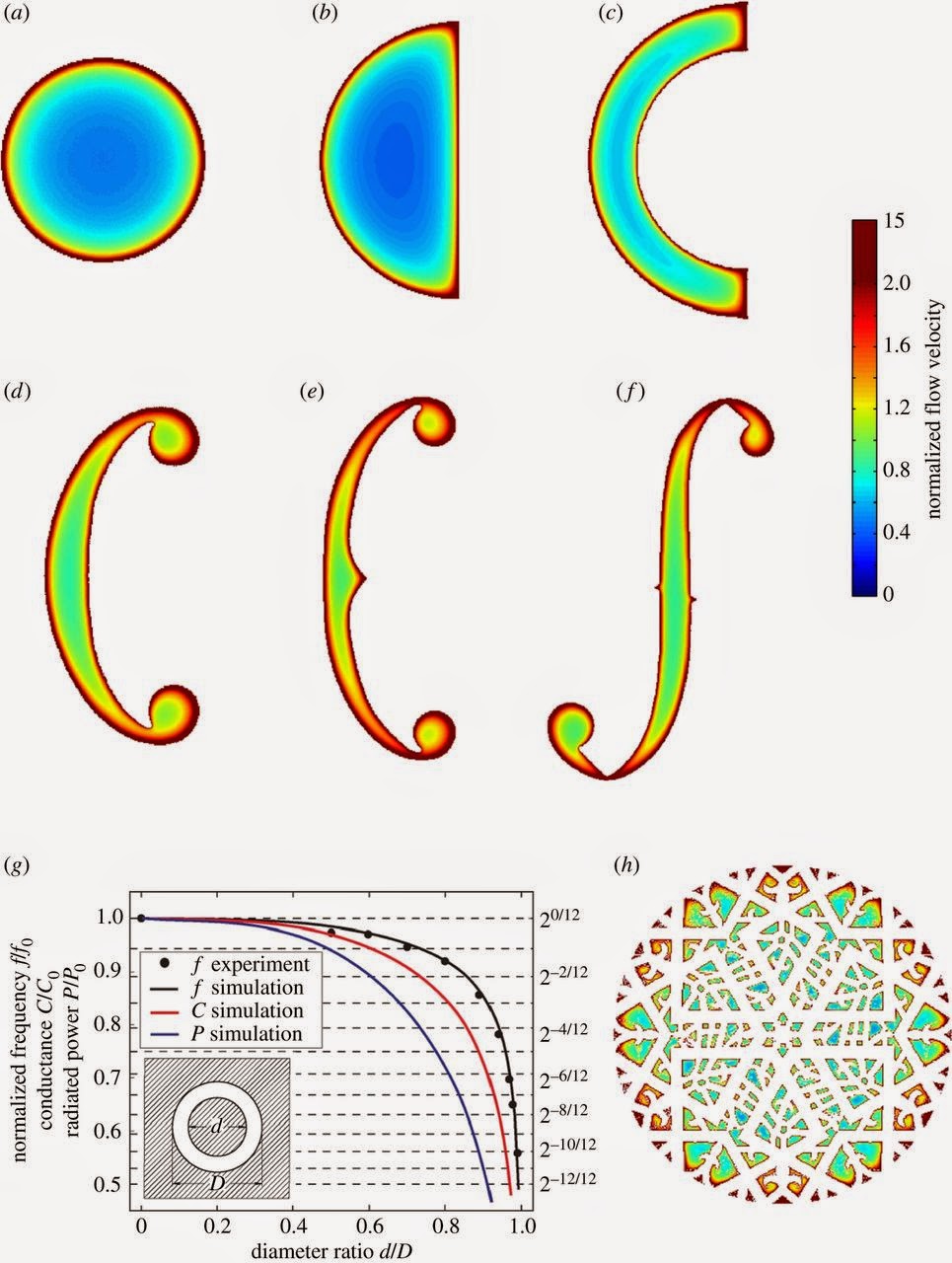 The f-holes in the body of a violin have evolved to their current shape as the result of generations of trial and error by violin-makers, as reported in a study in the Proceedings of the Royal Society:


Owing to its long-standing prominence in world culture, we find enough archaeological data exist for the violin and its ancestors to quantitatively trace design traits affecting radiated acoustic power at air cavity resonance across many centuries of previously unexplained change. By combining archaeological data with physical analysis, it is found that as sound hole geometry of the violin's ancestors slowly evolved over a period of centuries from simple circular openings of tenth century medieval fitheles to complex f-holes that characterize classical seventeenth–eighteenth century Cremonese violins of the Baroque period, the ratio of inefficient, acoustically inactive to total sound hole area was decimated, making air resonance power efficiency roughly double.

Lots more at the primary link, and in an article in The Economist, via BoingBoing.