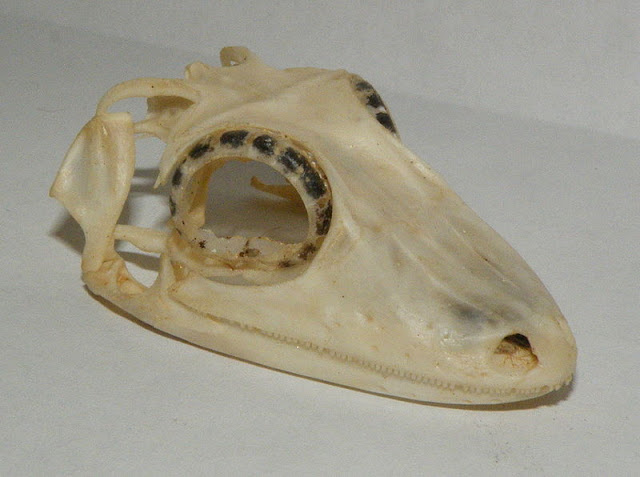 I had never heard of these until today.


Sclerotic rings are rings of bone found in the eyes of several groups of vertebrate animals, except for mammals and crocodilians. They can be made up of single bones or small bones together. They are believed to have a role in supporting the eye, especially in animals whose eyes are not spherical, or which live underwater. Fossil sclerotic rings are known for a variety of extinct animals, including ichthyosaurs, pterosaurs, and dinosaurs, but are often not preserved.

A third image at Wikipedia illustrates that these rings were actually inside the eye, not just around the eye.   The top skull is from a leaf-tailed gecko, and the lower skeleton is of the appropriately named opthalmosaurus.