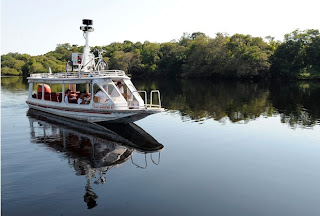 Does anyone know if they've already photographed other rivers?