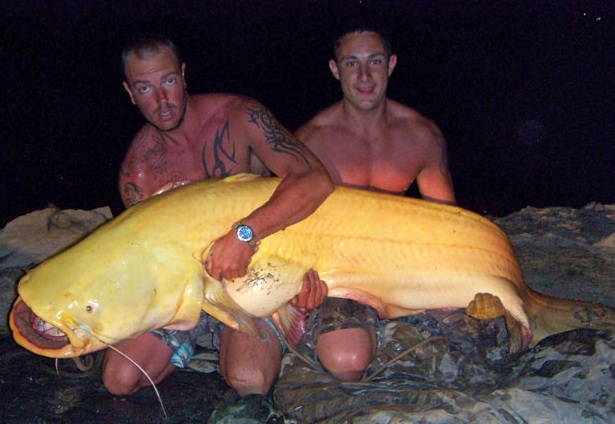 Matt Gallant (left) poses with a whopping 7ft 6inch albino catfish... He pulled the giant albino catfish, which weighed 180lbs, out of the River Ebro in Spain on the last day of his fishing trip... We took a photo, then put it back in the river."

Kudos to the two young men for their "catch and release." But while researching whether this is an example of albinism or leucism, I found this intersting information:


The incidence of albinism can be artificially increased in fish by exposing the eggs to heavy metals (e.g., arsenic, cadmium, copper, mercury, selenium, zinc) and may occur in fry originating from crosses in which adult specimens have been exposed to heavy metals (Oliveira & Foresti, 1996).