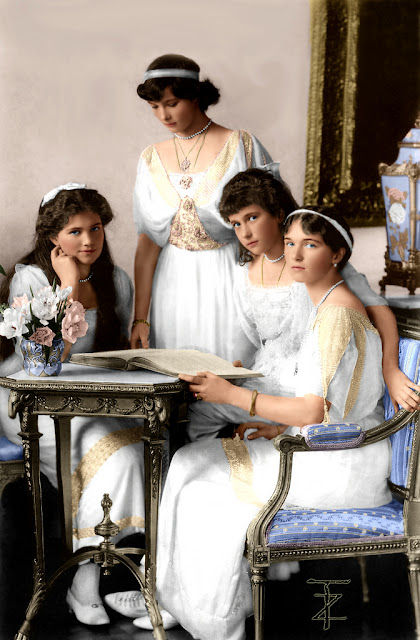 In childhood the grand duchesses came up with ОТМА [Olga, Tatiana, Maria, Anastasia] as a sign of sibling closeness and affection for one another, writing it in their diaries. The girls were great granddaughters of Queen Victoria and, although "thoroughly Russian," grew up speaking both Russian and English fluently among themselves.  Whilst the family was in captivity after the Russian Revolution of 1917 they were allowed to send few letters so the sisters often signed this nickname on cards they had written together for loved ones and friends.

I can't look at the photo without thinking of how the bullets were said to have richocheted off the jewels hidden in their clothing when they were executed.

From the Flickr photostream of Art & Vintage, via Sloth Unleashed.