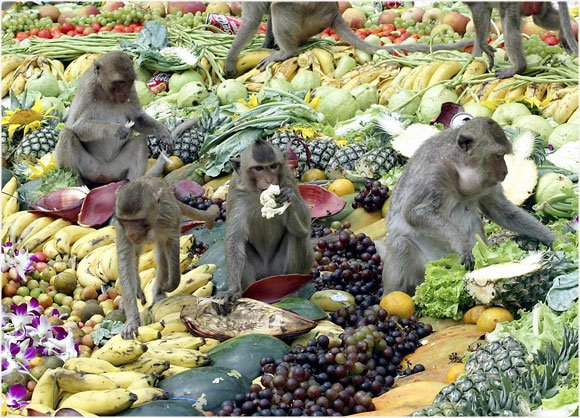 I've alloted myself just one hour to blog everything that went into the "smorgasbord" folder this week. This is where I'm susceptible to making mistakes because there's no time to thoroughly vet them. 28 things this week. Let's give it a try...

A Consumerist (good site, by the way) article indicates that electronics retailers (Best Buy, Circuit City etc) are now listing TVs and monitors in "classes" which means that a 31.5" TV is listed as "32 inch class."

From two weeks ago, the Washington Post invited readers to express their Valentine's wish to their significant other in six words. Only six words. Exactly six words. Many innovative and humorous responses. Similar in concept to the very entertaining book.

Obama "collectors coins," shamefully hawked by Montel Williams, turned out to be regular coins with colored stickers applied to them. Specially created "collector" editions of anything, especially coins, are always scams. This was worse than most.

Kids in Pennsylvania were being given summary trials and incarcerated by judges who got millions of dollars in kickbacks from the youth detention centers.

The "scariest suspension bridge in Japan." A video. Not as scary in my opinion as El Caminito del Rey, but scary enough that I would only photograph it with a telephoto lens.

The Virgin Mary as a Jewish mother. Which of course she was - the archetypal one, some would argue, although its arguably hard to think of her as such after millennia of reverence by Christians and Muslims. This is the subject of a new book discussed at the Financial Times link.

A Legal Guide for Bloggers. I haven't explored it and don't know if it is authoritative, but it's the only one I've seen so far.

Cory Doctorow writes well, which is why he's an editor of Boing Boing. In this article he writes about "how to write." It's worth reading if you blog or have aspirations to be published in print someday.

A man had multiple mistresses, but because of the economic downturn couldn't afford them all, so he had a competition to see which one to keep. One of the losers was slightly ticked off, so she offered to take everyone for a ride in her car, which she then proceeded to intentionally drive off a mountain cliff. [Update: Ana was the first to discover that this story is a complete fabrication. Here's the revelation/apology from Shanghaiist.]

A huge collection of fossils has been recovered from the LaBrea Tar Pits. A huge trove, including complete skeletons, well preserved.

A mother is alleging that Scientologists encouraged her son to stop taking his antidepressant medication, and then put a loaded .357 Magnum next to his bed. He shot himself in the head.

Sarah Palin in Obama's cabinet? She now has the requisite qualifications.

Why did the Rapa Nui people desert Easter Island? It's long been assumed to be secondary to environmental devastation after they cut down 6,000,000 trees over a period of 300 years, but recent research suggests it may be more complex than that.

Worcester's buttonquai is a rare bird, thought by scientists to be extinct. It was recently photographed in the Philippines by a TV crew... and then eaten.

"A Day in the Life of Abbey Road." Time-lapse video of tourists dodging traffic to photgraph themselves traversing the famous crosswalk.

There was a slight glitch during measurements of arctic sea ice. Satellite sensors began malfunctioning earlier this year and caused the area of ice to be underestimated. Underestimated by 193,000 square miles.

An article in Der Spiegel indicates that the glowing claims made for biodiesel are spurious because they are based on using people as slave labor. The article is also summarized at Counterpunch.

A 11-year-old boy with an arrow in his eye. A schoolmate pointed the drawn bow at him as a joke, but her hand slipped. A stunning photo which I thought was too intense for a primary blog post, and the link has other images on the page which are NSFW.

Stop complaining about how hard your life is.

The NYC police sometimes search people in the subway. A dark-skinned South Asian man (who looks Middle Eastern) has been searched 21 times.

There are indications that a dental examiner who did forensic tests for the state of Mississippi may have faked his reports of bite marks on murder victims.

Archaeologists are losing their jobs because the downturn in the housing and construction industry means that fewer sites need "rescue archaeology" studies done. Amazing how the economic downturn percolates throughout so many professions.

eBay uses various colored stars to evaluate the ratings of sellers. There is a turquoise star beside my name (over 100 ratings). Now someone in France is forcing eBay to change the color of the one for 10 to 49 ratings, claiming that a yellow eBay seller star is antiSemitic.

The oldest German penny has been sold for €34 000. "The denarius coin was minted between 747 and 751 under King Pippin III of the Franks (714-768) to replace coinage of the ancient Roman empire and was rediscovered in 1981 in dirt in the western city of Trier."

The Ku Klux Klan is alive and well in the United States.

If you like geology and geology pictures, go to this site and explore the links.

Done. Now you can get back to work. Unless you still need to go down this page...