Tips on getting gas for your vehicle 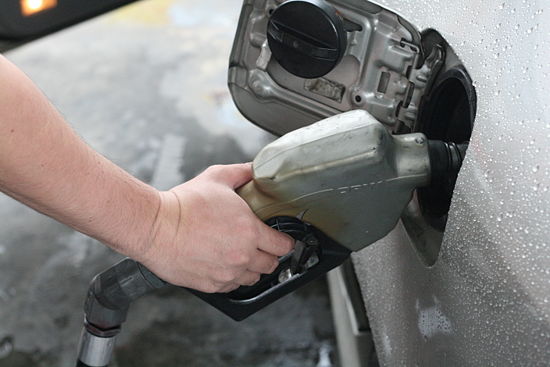 Today at JohnnyCat's The Litter Box blog, I learned that you can't pump your own gas in Oregon or New Jersey: "Can NOT, as in it is actually against the law."

I also learned that you shouldn't "top off" your fill after the pump shuts off automatically:


Not only is it bad for the environment and the health of everyone, the new-fangled pumps actually suck a good portion of that excess back into the hose, so you’re not getting what you’re paying for.


Do not, however, try to pump more gas into the tank after it's clicked off. This is called "topping off" and is not recommended. The extra gas you try to sneak in will end up getting sucked back up by modern handles, spilling, or evaporating into the air, but you'll still have paid for it. All gas tanks are vented. Over filling just means that it's gas, not vapor, that will be vented out. Plus, you need extra room in your gas tank to allow the gasoline to expand or your car won't work as well.

- and at an EPA website, which also offers this tip:


Do not pump gas when the tanker truck is at the station refueling its underground gas tanks. Any water or gunk that may exist in the underground tank is stirred up by the force of the new, in-coming gas. This water or gunk can then be pumped into your car, which can cause a great deal of damage to your car.

And a link there led me to this tip at Life123:


Did you know that gas pumps have three different speeds? Most pumps have slow, medium and fast. Most people insert the pump into the car and then set the handle so that they don't have to hold the pump. Gas stations want you to do this because you are actually getting less gas this way-slow pumping reduces the vaporization of the gas. Take the extra effort to hold the pump at the first setting (slow), and you'll get fewer vapors and more gas for your dollar. Try squeezing the handle about a third of the way to set it at the slowest setting.