Find your home on a U.S. dotmap 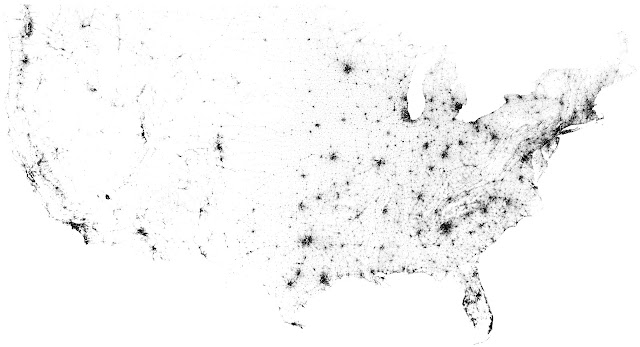 Using data from the U.S. census, Brandon M-Anderson created the dotmap above, which depicts each of the 300 million U.S. residents with one dot.  The original map is zoomable, so I was able to zoom repeatedly to find my neighborhood: 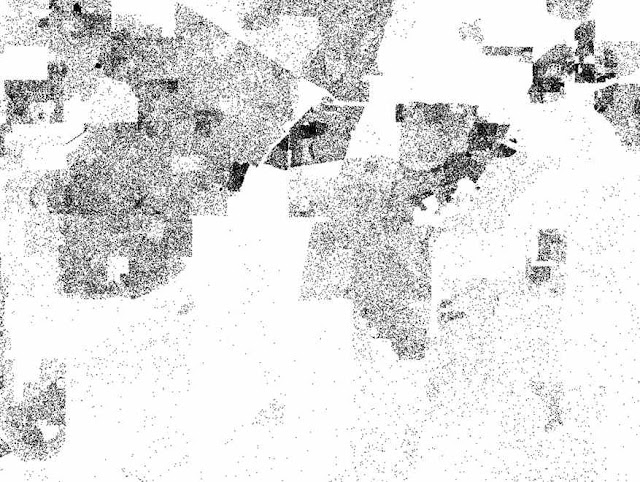 Having a "blank" corn/alfalfa field nearby helped me find the right area.  It can be rather difficult, especially since conventional landmarks like roads are implied rather than specifically shown.

Addendum:  xcentric notes that there is a toggle to a conventional map in the upper right corner.