A brief history of the pencil business 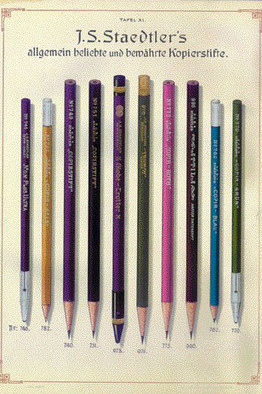 [In the mid-1500s] a storm in the northern English town of Borrowdale uprooted an oak tree, revealing a dark substance that local shepherds started using to mark their flocks. Before long, chunks of graphite were being sold around Europe as an amazing new way of writing.

There's a well-done, interesting video at the link, but I can't seem to locate an embed code for it.  A tip of the hat to reader pom, who found the embed code -