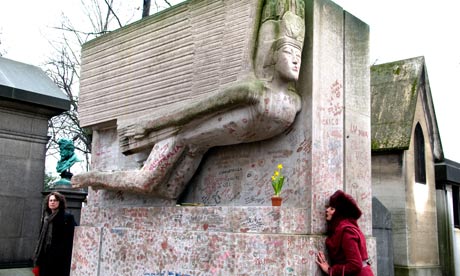 As reported by The Guardian last year:


"A kiss may ruin a human life," Oscar Wilde once wrote. It can also ruin the stonework of a tomb, judging by the extraordinary graffiti – kisses in lipstick left by admirers – that for years have been defacing and even eroding the massive memorial to the Irish dramatist and wit in Paris's Père Lachaise cemetery...

For years visitors would confine themselves to leaving gently admiring billets doux... All that changed in the late 1990s, when somebody decided to leave a lipstick kiss on the tomb. Since then lipstick kisses and hearts have been joined by a rash of red graffiti containing expressions of love...

"From a technical point of view, the tomb is close to being irreparably damaged. Each cleaning has rendered the stone more porous necessitating a yet more drastic cleaning." With the Paris authorities offering a fraction of the cost of preserving the memorial, the Irish have come to the rescue, paying for it through the office of public works in Dublin, which is responsible for a number of Irish monuments and buildings overseas. They have paid for a radical cleaning and "de-greasing" of the tomb, as well as a glass barrier which will surround it to prevent the kissers from causing further damage...

I couldn't find any photos of the modified tomb.

Update:  A hat tip to reader xcentric, who found a photo of the glass-enclosed tomb: 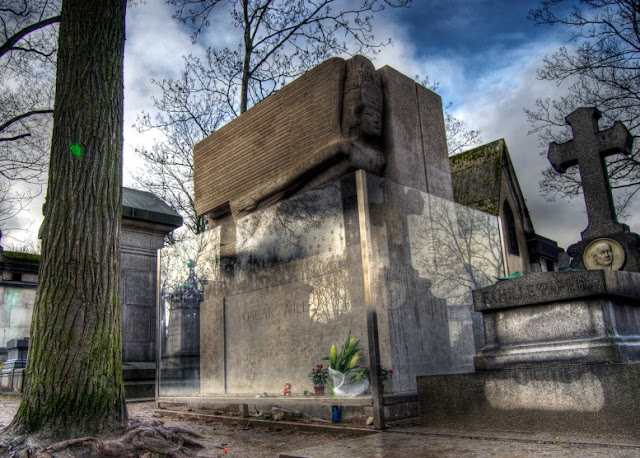 And a photo found by joobie shows the extensive lipstick now present on the glass.


And lastly, a more detailed photo from reader Nolandda: 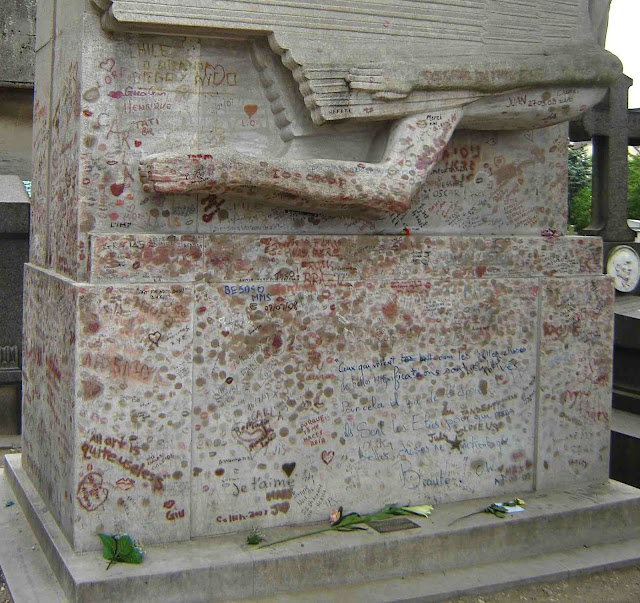 (Click for bigger; several more from different angles linked in the comments)