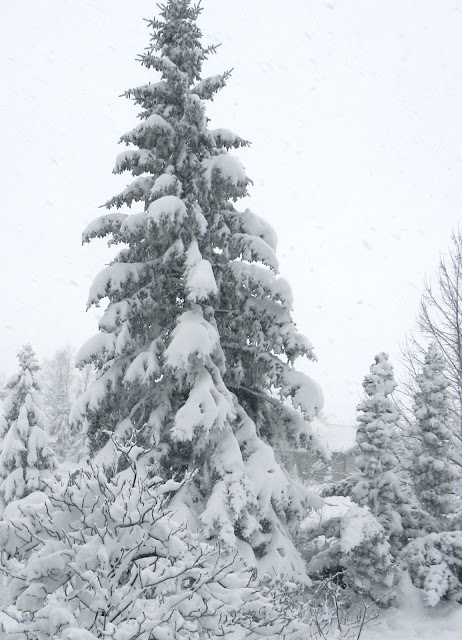 Wisconsin is getting the brunt of a major winter storm deemed "life-threatening" by local authorities.  Not only are schools and businesses closed, but even the two major shopping malls (5 days before Christmas).  We were greeted this morning by a foot of snow on the ground, and it's supposed to continue until midnight tonight.

The conifer above, in front of our house, copes well with snow.  This snowfall is wet and heavy; it adheres to branches (like the dogwood in the foreground). The conifer just lets its branches sag until the snow eventually slides off. 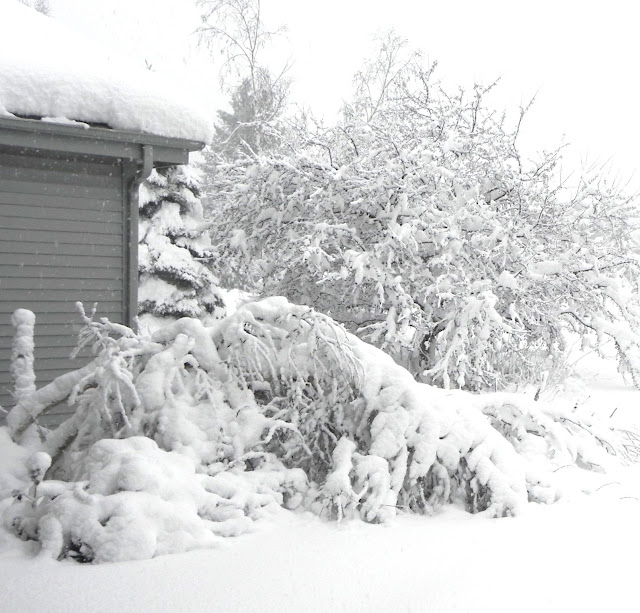 This birch tree had a harder time.  The weight of the snow has collapsed it over the top of the burning bush and across the sidewalk.  It's not entirely the birch's fault; some stupid humans planted it too close to a house, so it leaned out for more light, and in doing so took on a configuation that doomed it in this blizzard.

Birches are very flexible, as any reader of Robert Frost will remember.  Whether this one will recover remains to be seen.  If not, I'll plan to harvest some birch water in the spring (see photo of final result here, with explanation at bottom of post).

All of the above is a preamble to my saying that I'll not have time to blog for a couple days.  I've already spent a couple hours clearing snow, and there are many hours to go.

If you need something to do during TYWKIWDBI's silence, consider the quiz mentioned in the post below this one.