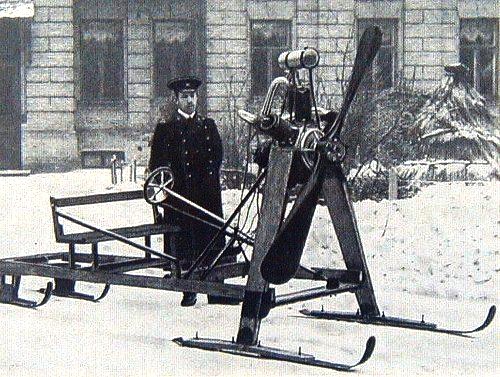 Madison is expected to get a foot of snow Wednesday night (which may wipe out a morning of blogging thereafter), so now would be a good time to post some pictures from a large set at English Russia depicting the history of "snowmobile equipment" in that country.

At the top is the first snowmobile developed by Igor Sikorsky.  Next a postcard from St. Petersburg (Leningrad) in 1914 - - showing recreational use of snowmobiles on what I presume is the Neva river.  Followed by a series of photos of military propellor-driven snowmobiles - 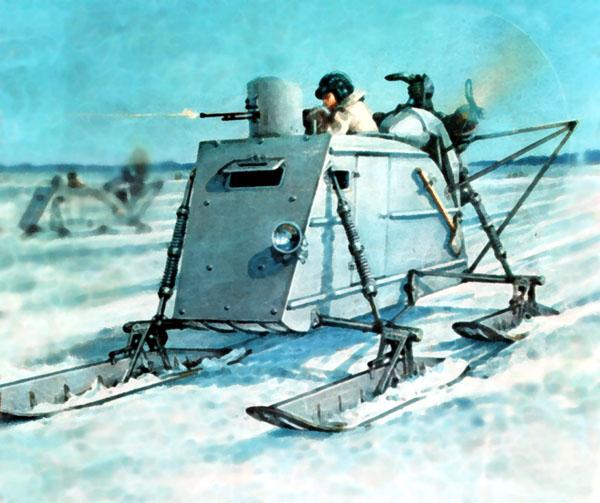 - said to have been "widely used" by the Russian army.  The English Russia post concludes with photos of more modern wheeled and tracked vehicles.  Interesting.