This is not a ladybug (or "ladybird beetle") 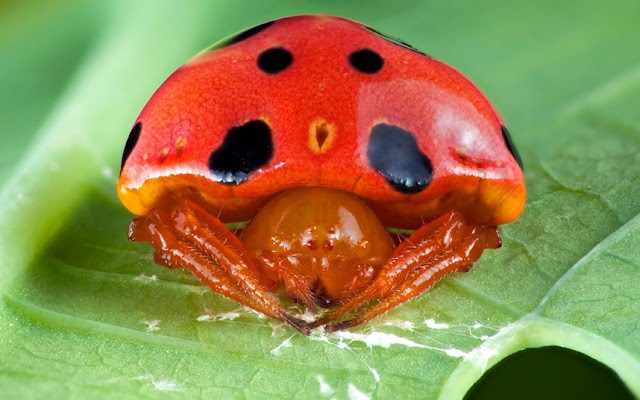 It's a spider (Paraplectana sp)(additional photo here).  From a gallery of photos illustrating insect and spider camouflage, by Nicky Bay, assembled at The Telegraph.  From the same collection, here's a photo of a beetle that also mimics a ladybird beetle: 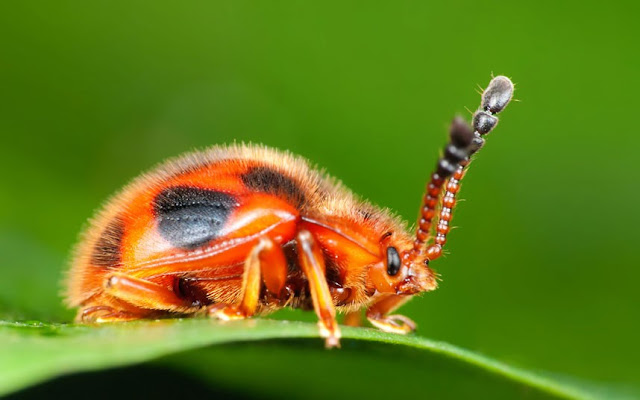 The spider and the beetle are exhibiting Batesian mimicry ("where a harmless species has evolved to imitate the warning signals of a harmful species directed at a common predator").


Batesian mimicry is the most commonly known and widely studied of mimicry complexes, such that the word mimicry is often treated as synonymous with Batesian mimicry. There are many other forms however, some very similar in principle, others far separated. Of note, it is often contrasted with Müllerian mimicry, a form of mutually beneficial convergence between two or more harmful species. However, because the mimic may have a degree of protection itself, the distinction is not absolute. It can also be contrasted with functionally different forms of mimicry. Perhaps the sharpest contrast here is with aggressive mimicry, where a predator or parasite mimics a harmless species, avoiding detection and improving its foraging success.