A stunning wall of books 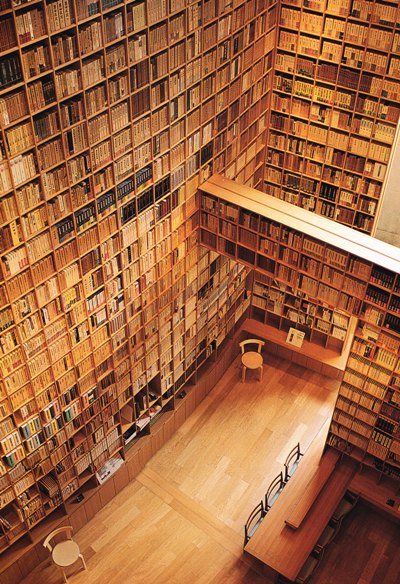 I found the photo at Librarianista, and wondered how material could be retrieved from shelving like that.  The caption listed it as "Shiba Ryotaro Memorial Museum," and a quick search yielded an explanation at The Centered Librarian:


Ryotaro Shiba started writing historical novels after World War II and won the prestigious Naoki Prize for his 1959 novel, "Fukuro no Shiro" ("The Castle of an Owl")... The Museum in his honor consists of two parts, his former house and a museum newly built after his death... Inside one sees the huge bookshelf(11 meters high) housing his more than 20,000 books.

So it's a sterile museum display rather than a working library.  I am less impressed now.