The downside of deer 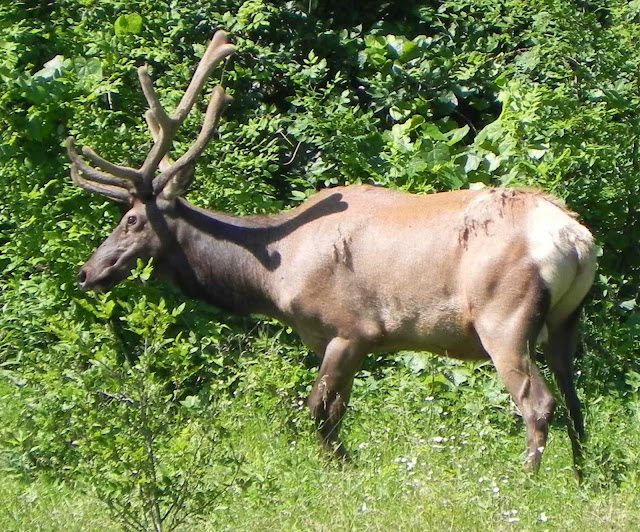 They are impressive animals, but an editorial from Bloomberg News (via the StarTribune) explains that there are negative features to consider, especially when the population expands:


There were about 1.09 million deer-vehicle collisions from June 2010 to June 2011, State Farm Insurance reports, with average property damage of more than $3,000 an accident. Add to that a billion or so dollars for agricultural damage. Deer carry ticks that spread Lyme disease. And their voracious chomping has resulted in "ghost forests" -- particularly in the Northeast.

If a forest is healthy, it will support about 15 deer per square mile, and many scientists say that a degraded patch can't be restored unless the population is about five per square mile. Compare that target with the actual deer densities: Some areas of the United States have 40 to 50 of them in a square mile, with much higher estimates in some Eastern suburbs.

The hunters who are supposed to control the deer want to keep the numbers up so they have a better chance of shooting a buck. They support changes such as the New Jersey measure to allow bow hunting closer to houses, but they generally oppose efforts to reduce the deer population...