A manticore and "fire stones" 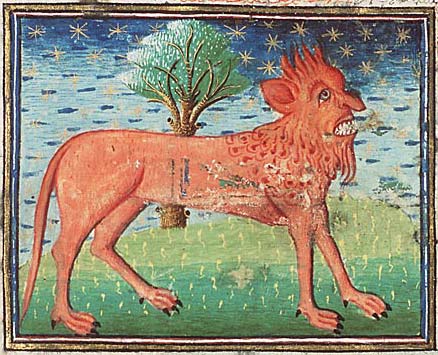 Two selections from a nicely-done website: The Medieval Bestiary; Animals in the Middle Ages.


The manticore is a composite beast from India, with a blood-colored lion's body, the face of a man with blue eyes, and a tail resembling the sting of a scorpion. It can leap great distances and is very active. It eats human flesh. Its voice is a whistle that sounds like a melody from pipes. Some say it can shoot spines from its tail.

Pliny the Elder [1st century CE] (Natural History, Book 8, 30): Pliny quotes Ctesias as saying that the mantichora has the face and ears of a human being, grey eyes, a triple row of teeth that meet like the teeth of a comb, a lion's body of a blood-red color, and a voice like a pan-pipe blended with a trumpet. It stings with its tail like a scorpion. It is very fast and has a special appetite for human flesh. 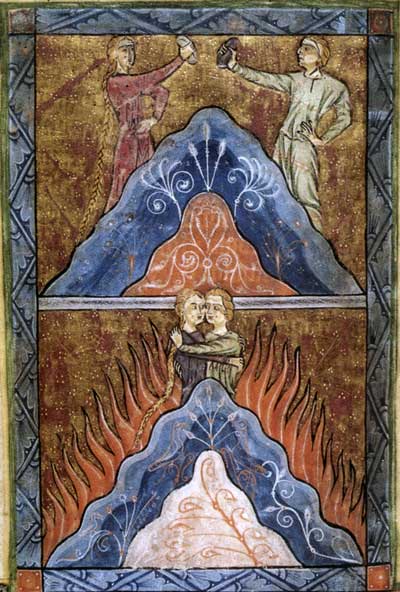 Found in the East, fire stones are either male or female. As long as they are kept apart, they are safe, but if a male and female stone are brought together, they ignite a fire that burns everything.

Aberdeen Bestiary [c. 1200 CE]: "On a certain mountain in the east, there are fire-bearing stones which are called in Greek terrobolem; they are male and female. When they are far from each other, the fire within them does not ignite. But when by chance the female draws near to the male, the fire is at once kindled, with the result that everything around the mountain burns. For this reason, men of God, you who follow this way of life, stay well clear of women, lest when you and they approach each other, the twin flame be kindled in you both and consume the good that Christ has bestowed upon you. For there are angels of Satan, always on the offensive against the righteous; not only holy men but chaste women too."

You can spend hours exploring this online bestiary.