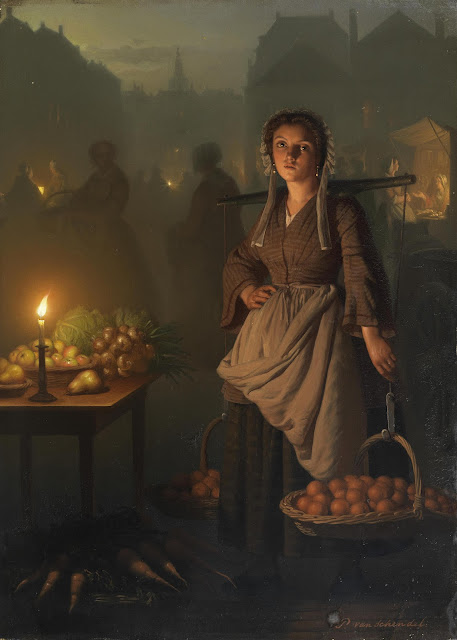 I was stunned by this artist's ability to capture light, both on the young woman's face and the diffused light of the misty moonlit scene.  I had not heard of him before, but discovered he was famous for precisely this effect.


Petrus van Schendel (1806-1870), Dutch Romantic painter, etcher and draughtsman. Van Schendel specialised in nocturnal Dutch market scenes, exploring the effects the soft light had upon his subjects, as a result he was named Monsieur Chandelle by the French... Petrus van Schendel also had an important precedent within the art of the Low Countries, Rembrandt van Rijn’s masterpiece The Nightwatch.

Twenty-five of his paintings are assembled at Wikigallery.

Image from Bonham's auctions, via Alabaster.  Click on the embed above to view it at larger size.