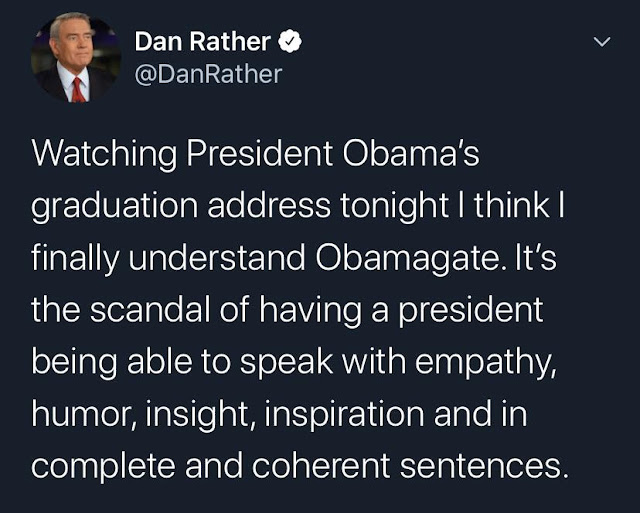 A more detailed explanation is available in an editorial at The Washington Post:


IN THE 2016 presidential race, then-candidate Donald Trump often deflected questions about his shortcomings by hyping those of his opponent, Hillary Clinton. The point was to make his behavior seem no more abhorrent than his rival’s.

Mr. Trump is trying the same tactic against presumptive Democratic nominee Joe Biden, latching onto a new diversion: “Obamagate.” This one is totally untethered from reality, despite the credulous or cynical efforts of senior Republicans and conservative media to advance it.

Mr. Trump’s precise allegation is hazy. But the apparent accusation is that, following Mr. Trump’s 2016 victory, Obama officials plotted to ensnare the incoming Trump administration in a Russia scandal...

And in an article at The Bulwark.