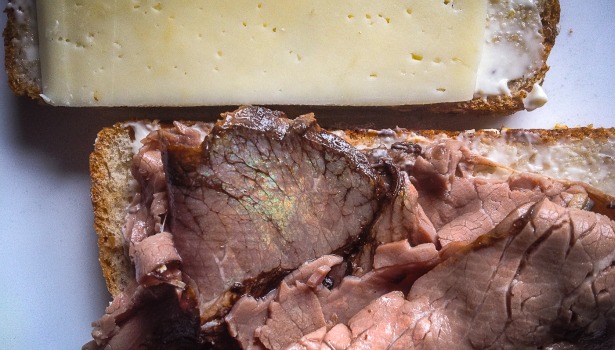 I eat beef, and see these frequently.  Never thought much about them until I encountered an Atlantic article that explains how they are formed:


There's enough speculation over the integrity of rainbow beef that the USDA's website has a section on "Iridescent Color of Roast Beef" near similar topics like "What does 'natural?' mean" and "what is beef?" According to the USDA, "When light hits a slice of meat, it splits into colors like a rainbow." This is something called a "diffraction grating," essentially what happens when light waves bend or spread around a surface and create a pattern. It's the same thing that happens to make rainbows on the surface of a DVD. It's understandable that folks mistake diffracted light as a sign of spoilage... 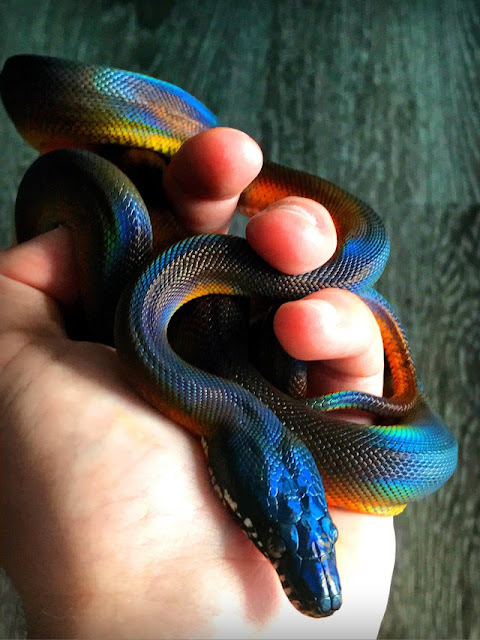 - as another example or iridescence in the natural world.