Rooster with an incredible tail 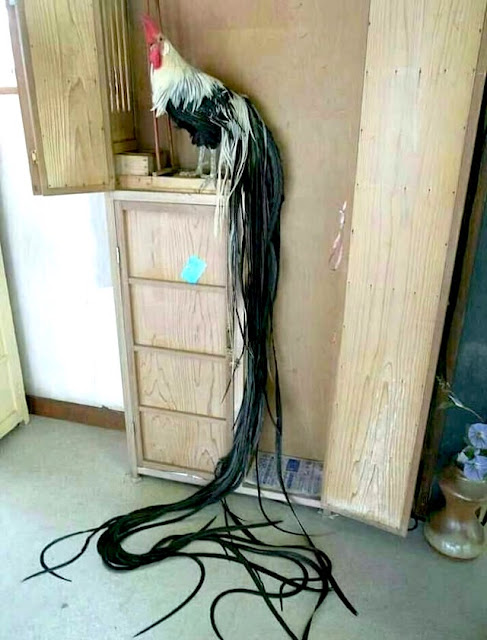 Created by humans with selective breeding.


The Onagadori (Japanese: 尾長鶏, "long-tailed chicken") is a historic Japanese breed of chicken, characterised by an exceptionally long tail. It was bred in the seventeenth century in Kōchi Prefecture, on Shikoku island in southern Japan, and was designated a Japanese National Natural Treasure in 1952. It is one of the ancestors of the German Phoenix breed.

The principal characteristic of the Onagadori is its exceptionally long tail, which exceeds 1.5 metres, and has been known to reach 12 m. The tail consists of about 16–18 feathers, which under the right conditions never moult, and grow rapidly, gaining some 0.7–1.3 m per year.