Library "late fees" are now relics of the past 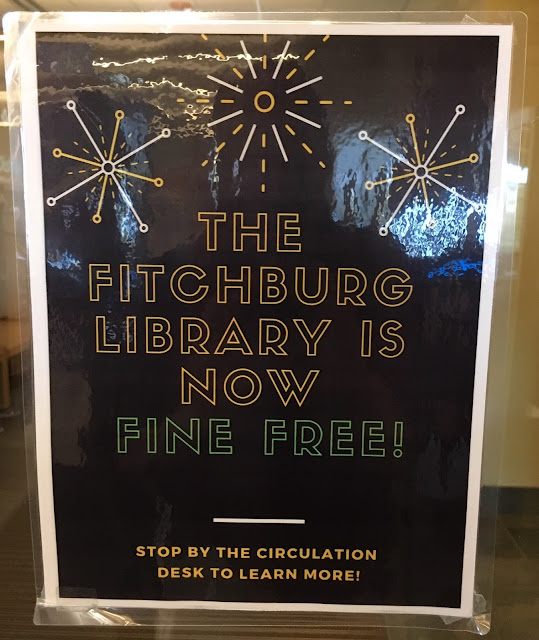 I encountered a discussion of this topic in CityLab:


Chicago libraries will no longer collect late fees starting this month, becoming the largest public library system in the U.S. to do away with overdue fines. The city is also erasing all currently outstanding fees, which is good news to the more than 343,000 cardholders whose borrowing privileges have been revoked for accruing at least $10 in unpaid fines.

Chicago is one of a growing number of cities trying to make access to libraries more equitable. Its own data revealed that one in three cardholders in the public library’s south district, where many of the communities are of color and living in poverty, cannot check out books. That’s compared to one in six people in the wealthier north district. It’s likely that many who have unpaid fines fail to pay them because they don’t have the disposable income to do so...

He adds that research going as far back as the 1970s shows fears that eliminating fines will deteriorate people’s sense of civic responsibility to return books on time are unfounded....

For many libraries, fines make up just a small share of their operating budget. The Chicago Sun Times reports the Chicago Public Library system collects $875,000 annually in fines, which is not an insignificant amount. But the city says late fines constitute less than 1 percent of the library’s total budget.

The Madison, Wisconsin library system has been fine-free for quite a while now [photo].   Over the years TYWKIWDBI has accrued an uncommon number of librarians and library staff as readers; I'd be pleased to hear your comments and experiences on the subject.