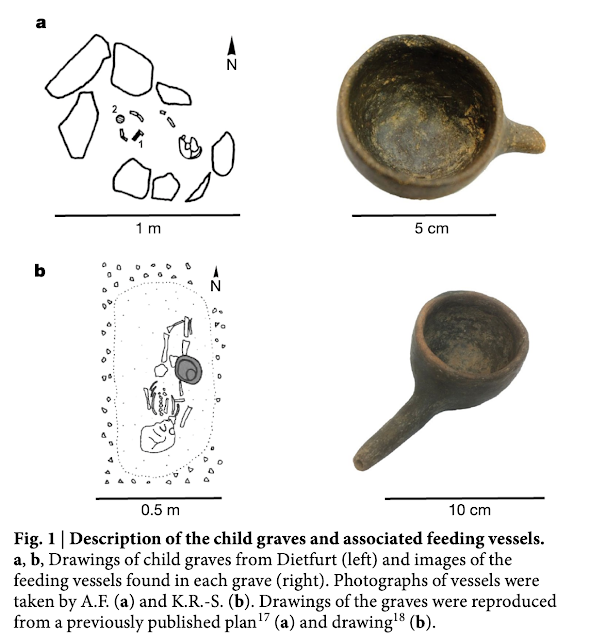 As reported in Nature:


The earliest known clay vessels that were possibly used for feeding infants appear in Neolithic Europe, and become more common throughout the Bronze and Iron Ages. However, these vessels— which include a spout through which liquid could be poured—have also been suggested to be feeding vessels for the sick or infirm. Here we report evidence for the foods that were contained in such vessels, based on analyses of the lipid ‘fingerprints’ and the compound-specific δ 13 C and ∆ 13 C values of the major fatty acids of residues from three small, spouted vessels that were found in Bronze and Iron Age graves of infants in Bavaria. The results suggest that the vessels were used to feed infants with milk products derived from ruminants.

It's not just a quaint curiosity.   Breast-feeding inhibits ovulation, rendering the mother temporarily infertile until the newborn is weaned.  Bottle-feeding with ruminant milk would shorten the interval between pregnancies and lead to significant population expansion.