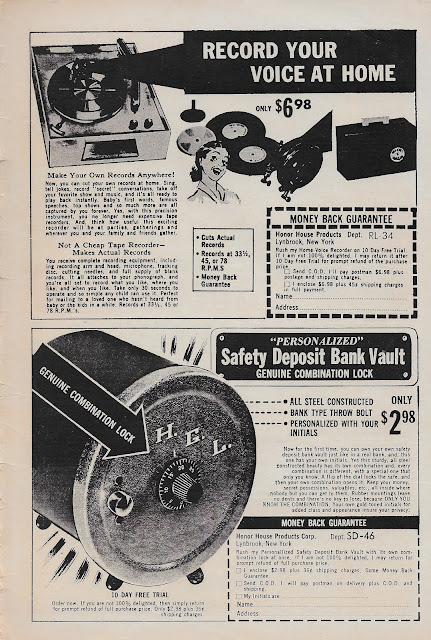 I'm giving a goodbye read to old comic books before disposing of them.  Yesterday evening I encountered the above page of advertisements on the inside back page of an issue of Caspar the Friendly Ghost.

I presume the "Safety Deposit Bank Vault" was of a size that a thief could pick it up and put it in their pocket.  But I'm more intrigued by the "Record Your Voice At Home" advertisement.  I believe in that era my father owned an Edison Voicewriter, which I thought was rather sophisticated (and which generated a couple records which I don't expect ever to be able to listen to).  I'm surprised that an equivalent device was marketed in childrens' comic books.