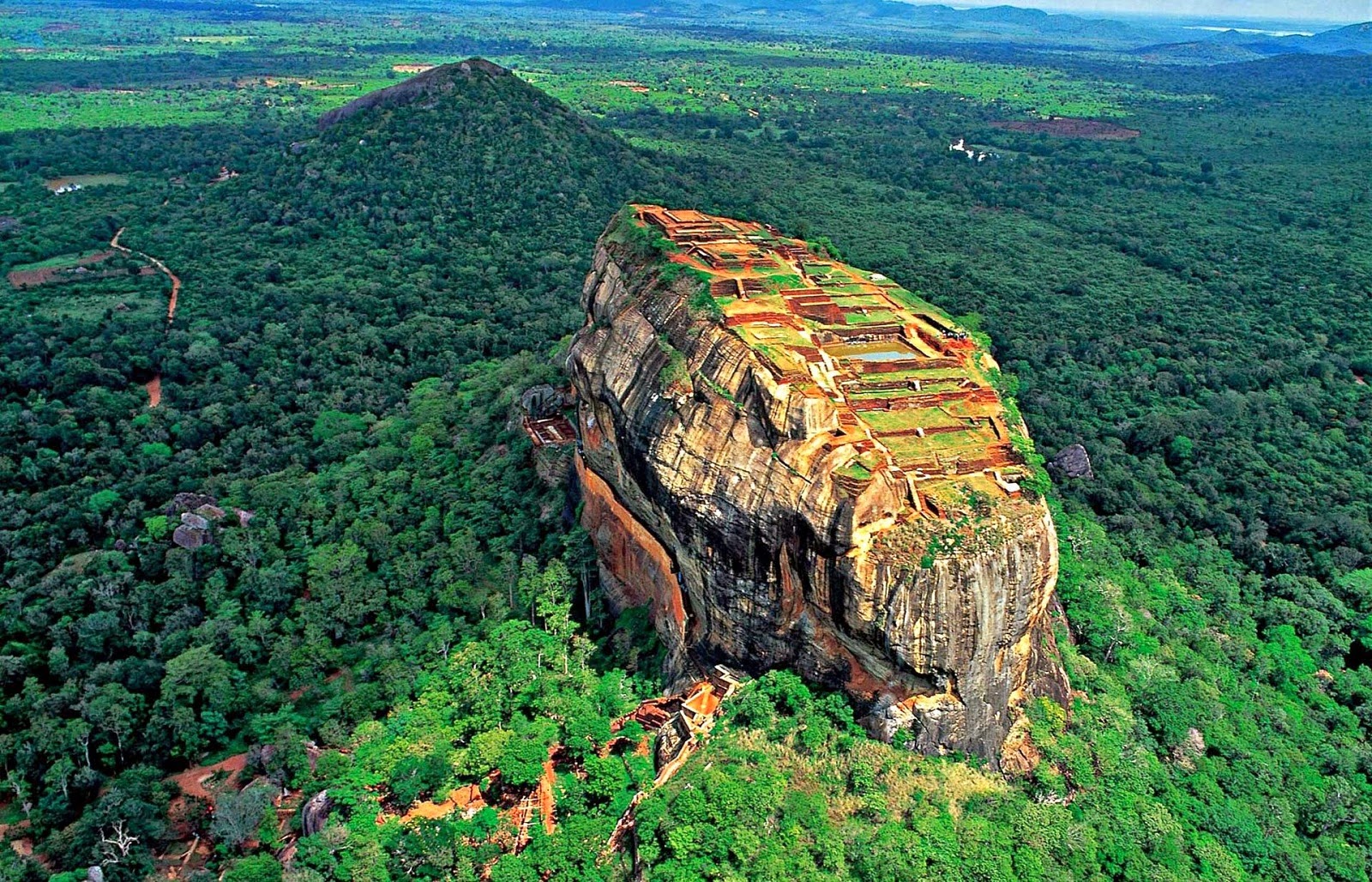 Sigiriya must be an awesome place, both in terms of geography and in the way it has been modified.  I first learned about it in an article at When On Earth.

In Sri Lanka, ruins of an ancient city can be seen lying on the steep slopes and summit of a 200-meter high peak. This awe-inspiring city is called Sigiriya and is located at the Matale district near Dambulla in the Central Province of Sri Lanka...

During the 11 years of staying in Sigiriya [in the 5th century], Kassapa transformed the rock into a magnificent complex.  The rock-turned-city possessed areas designed for its defenses but it didn’t forget to be a place of beauty and splendor. Ramparts and moats were built around it. Royal Pleasure Gardens Water Gardens, Fountain Gardens, and Boulder Gardens can be found within its inner city...

You’re almost at the rock’s entrance when you see a stone staircase that takes you to the fortress, but be better prepared, for it has 1200 steps.

In 1150 AD, it was abandoned but during the 16th and 17th century it served as temporary outpost for the Kingdom of Kandy. In 1831, it was discovered by Major Jonathan Forbes of the 78th Highlanders of the British Army that led to the beginning of its archaeological work in the 1890s.

There are photos at the link, but for those interested I highly recommend the webpage of SriLankaView.  I opened a couple thumbnails and found myself clicking through scores of the several hundred photos, including these: 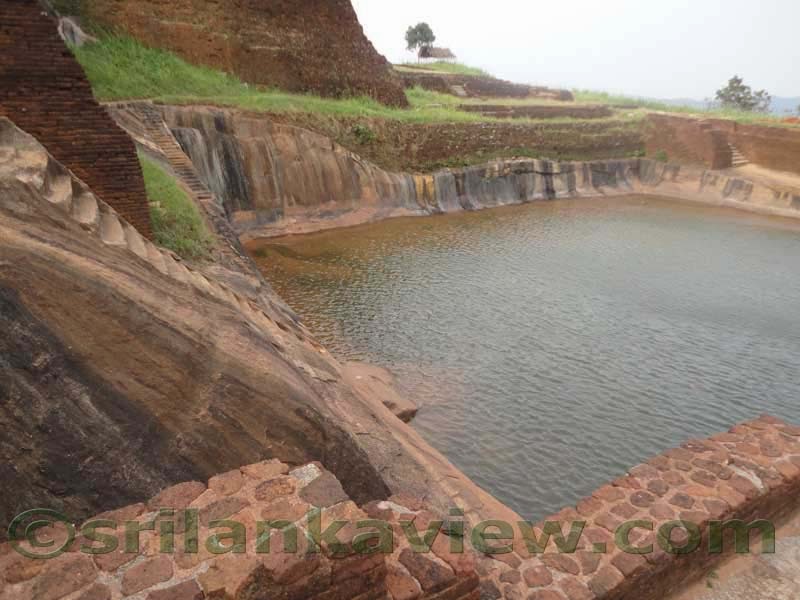 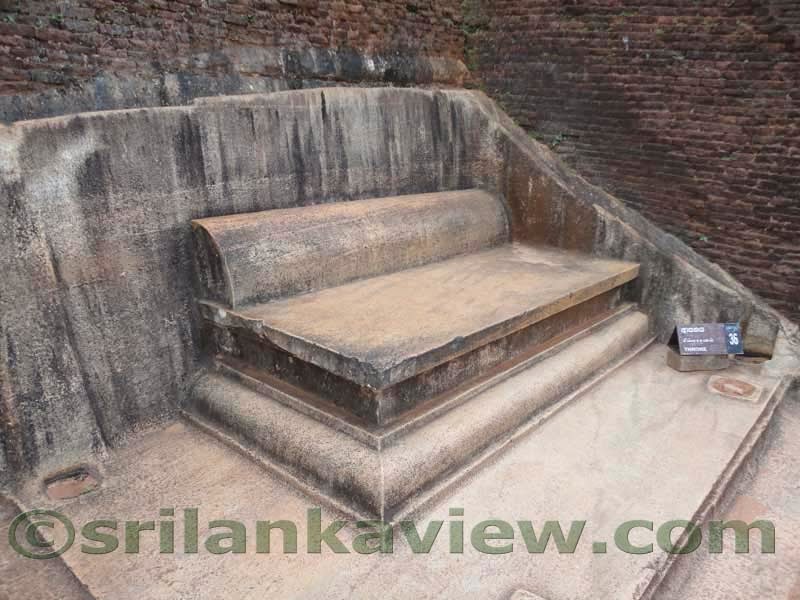 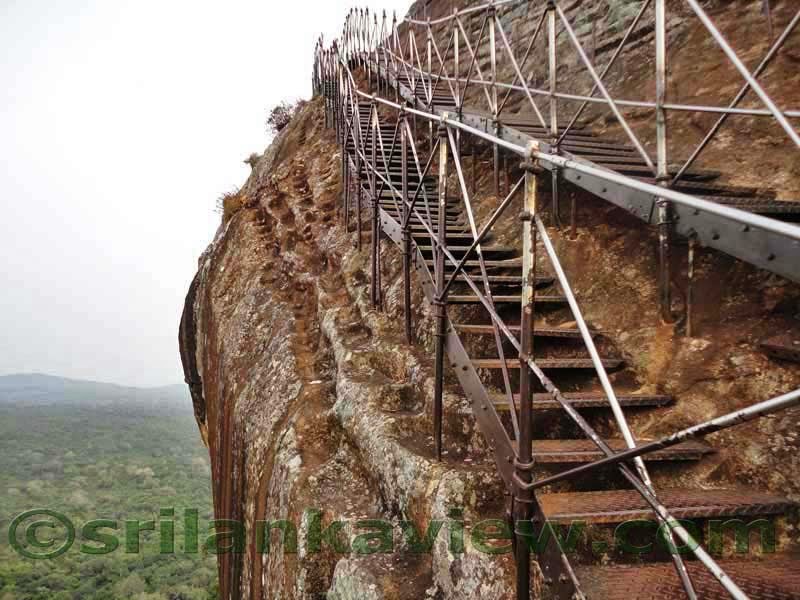 Access to the site is now provided by modern staircases, but note that adjacent to the stairs are hand-cut stone steps and cavities for ancient wooden railings and supports.

This is too far away to fit into the budget of my bucket list, so I was glad to be able to tour it online.  Amazing.

Here is the Wikipedia entry.