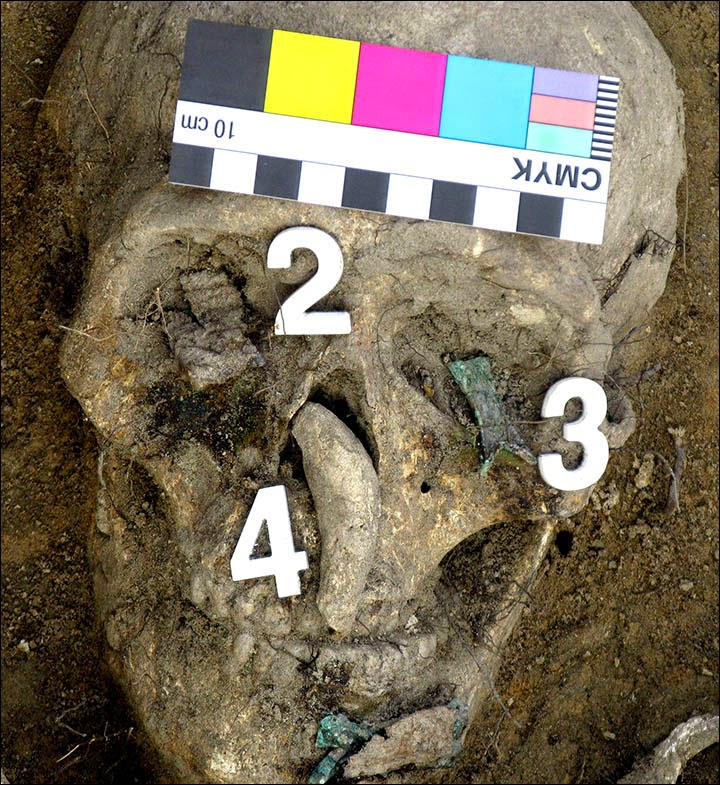 As reported in The Siberian Times:


The remains of the fearsome warrior - who [at 5'10"] towered some 25 centimetres over his peers - were unearthed by archeologists near Omsk in an ancient burial mound. Experts are intrigued by his death mask and the elaborate nature of his grave which indicates his importance...

He was buried with the massive fang of a bear embedded in his nose, seen as a sign of his strength and power.  A decorated mirror - a bronze plate - lay on his chest, inside a birch bark cover... His death mask originally comprising fabric included caskets made of birch bark covering the eye sockets and mouth. Inside the caskets were metal figurines of fish with their heads broken off... It is interesting  that the fish figures were cast as one, and then broken in two

In the grave, too, were 25 war arrows - which are still sharp today - and bronze tools.

His left arm was severed in battle and placed near the body...

The first studies we made allow us to date the burial to approximately 11th-12th centuries AD.

More information and photos at the link.