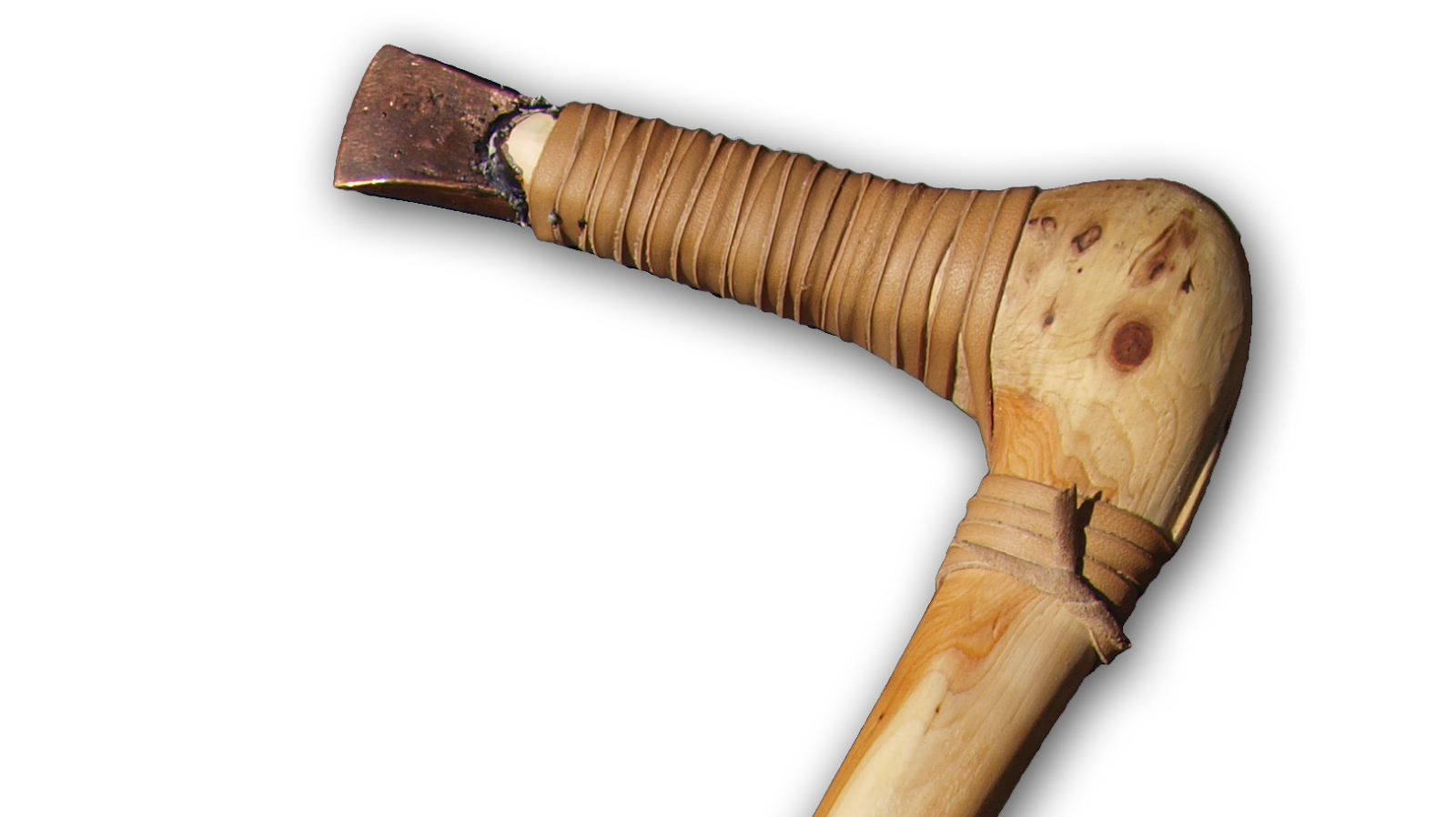 Readers of this blog should already be familiar with Ötzi the Iceman (his face) (his tattoos).  This is what his axe looked like.


Ötzi's copper axe was of particular interest. The axe's haft is 60 centimetres (24 in) long and made from carefully worked yew with a right-angled crook at the shoulder, leading to the blade. The 9.5 centimetres (3.7 in) long axe head is made of almost pure copper, produced by a combination of casting, cold forging, polishing, and sharpening. It was let into the forked end of the crook and fixed there using birch-tar and tight leather lashing. The blade part of the head extends out of the lashing and shows clear signs of having been used to chop and cut. At the time, such an axe would have been a valuable possession, important both as a tool and as a status symbol for the bearer.

Image cropped for emphasis from the original.  This is a replica; the original can be seen in this photo - 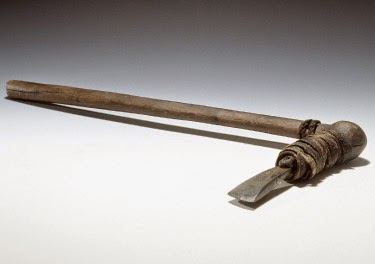 - from the Otzi website, where there are many more details about this tool.


The haft, i.e. the handle of the axe, was carved from the split wood of a yew tree. A nearly right-angled branch growing out of the trunk was used. The axe blade is held in a slit in the haft with birch tar. It was then bound in place with narrow strips of leather.  Using a replica of the axe, it took just over half an hour to fell a yew tree...

In Central Europe in the period around 3000 BC, a copper axe would have belonged to a man of high social status. This is confirmed by grave finds from this period. In the grave field at Remedello di Sotto southwest of Lake Garda, for example, only 17% of the axes placed in the men’s graves had a copper blade. The copper axe blades recovered from those graves are identical in shape and size to the Iceman’s.

If you would like to make one, someone else has posted a photo gallery of the steps required to craft the tool.