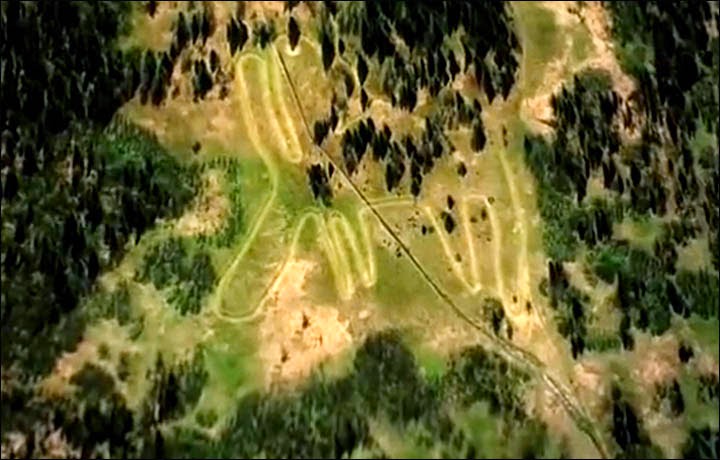 The aerial photo above is of an immense geoglyph, thought to represent a moose.  Scientists there claim it is the oldest one in the world (c. 4,000 B.C.), based on analysis of lithic chipping in the area.  It was an immense project: "Initial fieldwork found simple techniques were used to create the moose, with turf and earth 10-metres-wide dug out to make its shape before being filled with stones. 'The figure would initially have looked white and slightly shiny against the green grass background,' he said.

What is believed to be the "last" western Siberian crane ("snow crane") has arrived in Iran completing its 6,000 km migration successfully for the seventh consecutive year.  There used to be two others in this population, but over the years they have been shot.  There are still some eastern Siberian snow cranes. 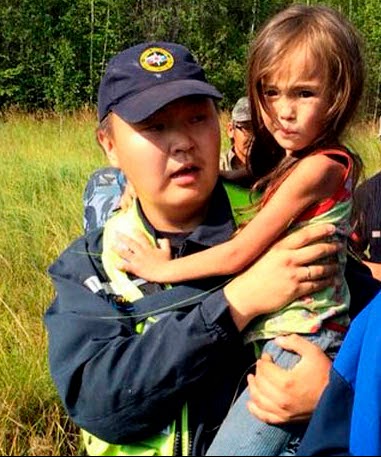 A three-year-old girl and her dog survived alone for 11 days in the Siberian taiga, eating berries and drinking river water.  A separate article praises the mongrel dog, which finally left her and went for help.

Siberian scientists (and residents) are concerned about flooding resulting from climate change as the permafrost disappears. "The process of warming in Siberia goes faster than elsewhere; it is not just hypothesis, there is data and observational evidence to prove it. Siberia is warming faster than any other place in the world," Mr Meleshko told the The Siberian Times.

Photos of a man going swimming at in "Oymyakon, the coldest inhabited settlement in the world. The air temperature as he swam had dipped to minus 60C. "

"A 26 year old Siberian woman is facing 15 years in jail after strangling a man with her bra after he refused to lend her money for a drinking binge."

A Siberian firm located in a city above the Arctic Circle offers pizzas delivered by drone. "Yulia Ignatova, 25, said: 'Syktyvkar became one step closer to Futurama today, hurray! I was there and ate pizza. The pizza was delivered in just 20 minutes, while usually it takes about an hour or even longer.'"

This restaurant will shatter your preconceived notions of Siberian life and cuisine:


"European, Japanese, Soviet, Russian home style cuisine... Whether you want a meal with friends, to enjoy a live rock, Irish or country band, watch live sports at any time of the day or night, or hold that key business lunch, Beerman & Grill offers all these possibilities, and more besides." 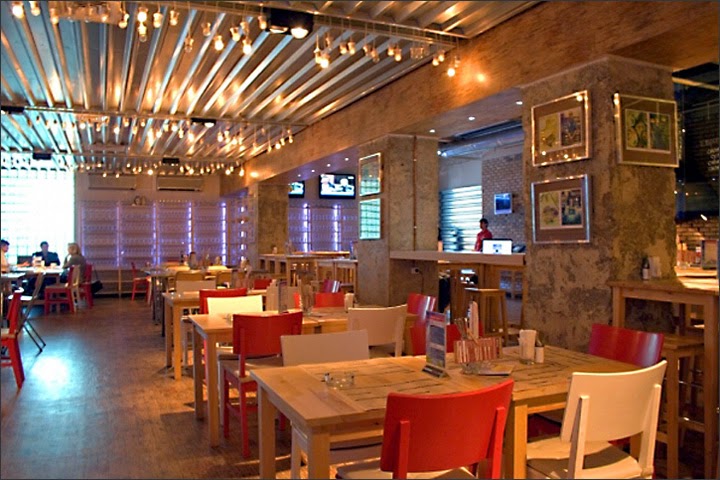 It's not Milliways (The Restaurant at the End of the Universe) (but you can see it from there).