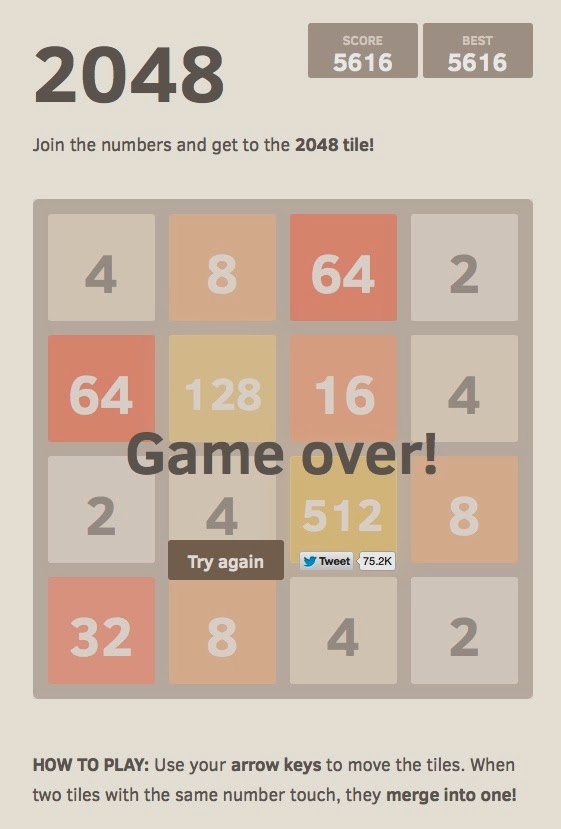 This will be the only post today, because this morning I found 2048 and have wasted an inordinate amount of time studying/playing it.  As noted by the embed above, so far my highest score is 3408.  (After another hour, 5616).  After another day 16,176.

I have to get some work done this weekend and can't afford to waste any more time.  But I don't mind wasting your time.

Have a go, and feel free to post your best score (and strategy tips) in the comments.

The embedded image is just a screencap.  THE GAME IS HERE.

??is there a way to predict in which empty square the new tile will appear?

Update:  Using the strategies outlined by readers in the Comments, I was finally able to view the 2048 tile - 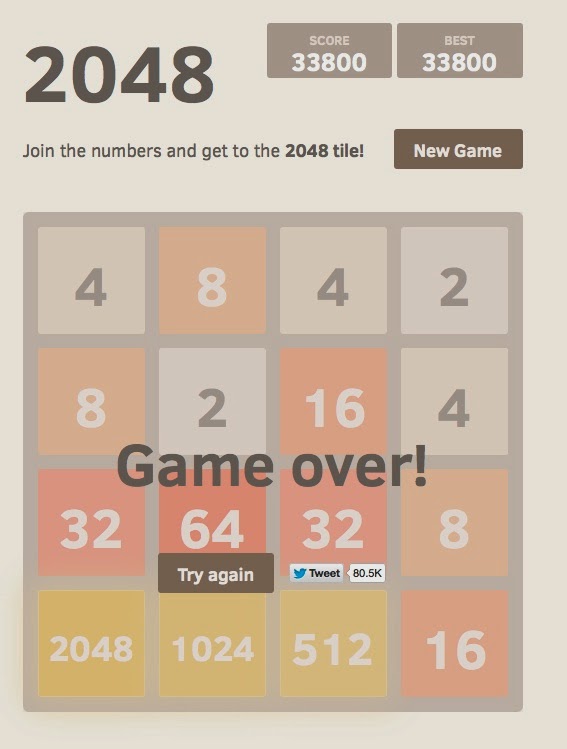 Update 2:  Here is a near-perfect pre-2048-tile-appearance board: 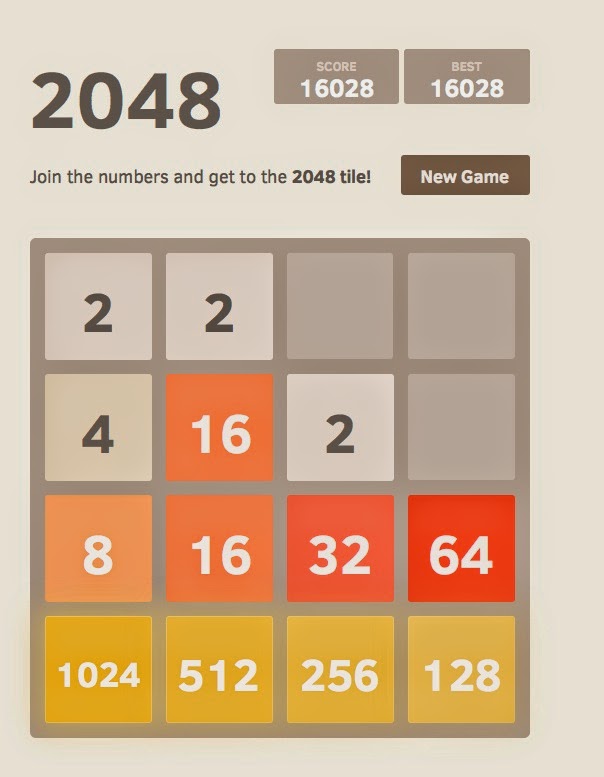 Starting at the second 2 of the top row (or, in practice, at the top 16), one can then sweep all the way down in a sinuous curve to convert the 1024 into a 2048.  This kind of configuration is not necessary to generate a 2048, but it certainly is esthetically pleasing.

Update 4: A tip of the hat to reader Matthew for sending me the link to this article about the strategies used by artificial intelligence to solve the puzzle.

Final (?) update:  I was informed by reader Jan Reynolds that a "Super 2048" now exists - an 8x8 board with immensely higher potential scores and time-wasting capability.  I gave up after creating the 16,384 tile: 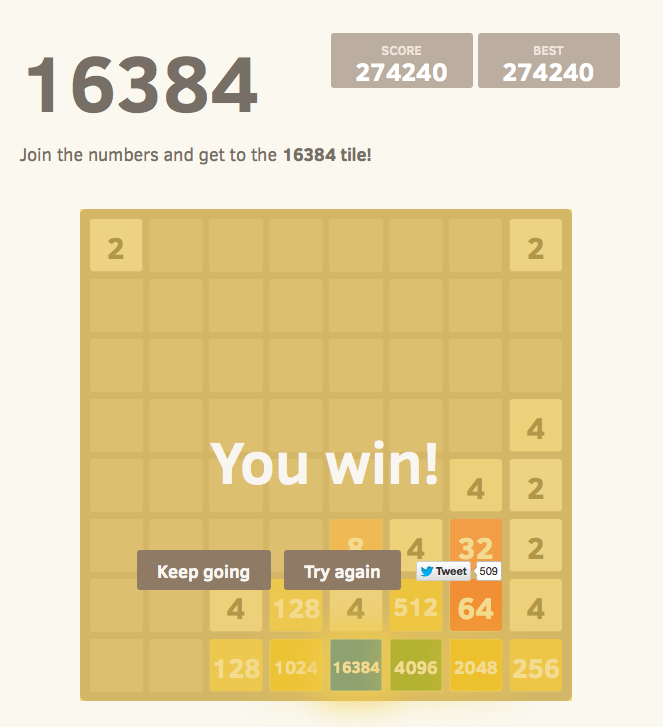 The game is here (and other variants from the pull-down menu). Discretion advised.