"Festival of Colours" in Siberia 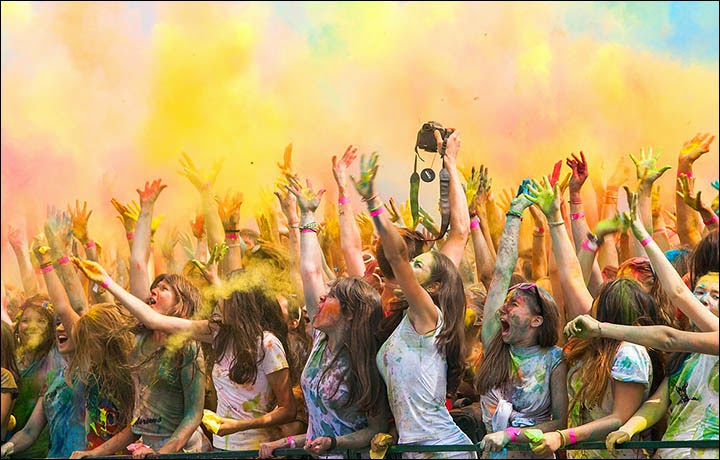 A set of photos depicts activities at Siberia's first Festival of Colours, modeled after the Hindu festival Holi


Participants daubed each other with paint and coloured water in a mass frolic of colour. They also hosed each other and jumped into the vats with coloured water. There were performances of acrobats and jugglers and all visitors could make a mehendi, a temporary henna tattoo.

Organiser Anatoly Koptev said: 'The idea of the festival was met with such a great response that we ended up welcoming a lot more people than we expected; at some point we ran out of paint and had to bring an extra truckload in.