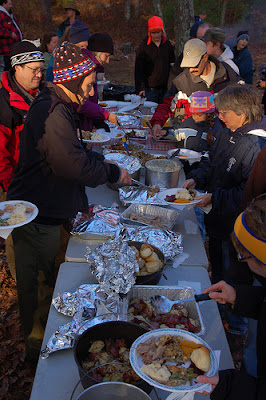 For your privacy and security, directions on how to turn off geotagging on iPhones, Blackberries, and other location-specifying devices and applications.

Studies of CPR techniques suggest there is no advantage to providing assisted breaths over that achieved by chest compressions alone.

The Wall Street Journal is one of many websites explaining some of the new tricks and fees devised by credit card companies.

Guillermo del Toro will be directing a movie adaptation of The Mountains of Madness, based on the H.P. Lovecraft story about Antarctica.

An outbreak of the bubonic plague has occurred in Peru.

Here is a link to a dictionary of "heterodox" English (slang) from the Victorian era.

A union was upset about the hiring of non-union labor, and decided to protest with pickets.  Unfortunately, "For a lot of our members, it’s really difficult to have them come out, either because of parking or something else...", so the union hired non-union laborers to do the picketing for them.

The Big Picture has a gallery of 38 photos of the manual labor cleanup of an oil spill.

A good-natured rant about Olympic badminton, embedded at Kottke.

Radioactive wild boars are on the loose in Germany; they appear to have ingested and retained material ejected from Chernobyl.

Highly-rated librarian fired from her job for refusing to have her weight displayed on her i.d. tag.

MAMIL is the acronym for Middle-Aged Men in Lycra.  The BBC ponders the implications of their increasing numbers.

Juggalos are defined by their fondness for scary clown makeup and their mayhem.  The Salon link explains whether you should be afraid.

By now everyone has heard about the epidemic of bedbugs in NYC.  Apparently it's so severe that they are even infesting subway benches.

There are many sites on the web that list and illustrate Alfred Hitchcock's cameos in his movies.  Mental Floss has compiled ten of them, including some YouTube clips.

From a Reddit thread about the vagaries of bulk pricing, I learned that at stores like Target, the same item may be priced differently at different places in the store.

I hope those will keep you busy for a while - I'm heading out for a hike.