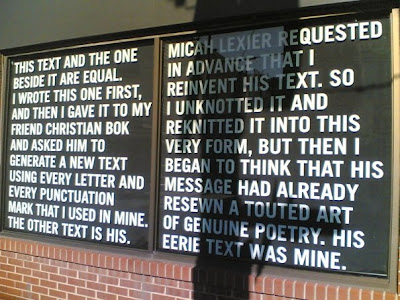 I haven't checked the equivalence of the two statements, but anagrams of long passages are not difficult to create.

Here are two examples from my files (credit unknown):

"To be or not to be: that is the question, whether tis nobler in the mind to suffer the slings and arrows of outrageous fortune..."

Anagrams as: "In one of the Bard's best-thought-of tragedies, our insistent hero, Hamlet, queries on two fronts about how life turns rotten."

"That's one small step for a man, one giant leap for mankind --Neil Armstrong"

And finally, this famous coupling -

"This is my story of Jack the Ripper, the man behind Britain's worst unsolved murders. It is a story that points to the unlikeliest of suspects: a man who wrote children's stories. That man is Charles Dodgson, better known as Lewis Carroll, author of such beloved books as Alice in Wonderland."

"The truth is this: I, Richard Wallace, stabbed and killed a muted Nicole Brown in cold blood, severing her throat with my trusty shiv's strokes. I set up Orenthal James Simpson, who is utterly innocent of this murder. P.S. I also wrote Shakespeare's sonnets, and a lot of Francis Bacon's works too."

Credit for the last one to Harper's Magazine (February 1997, letters to editor).