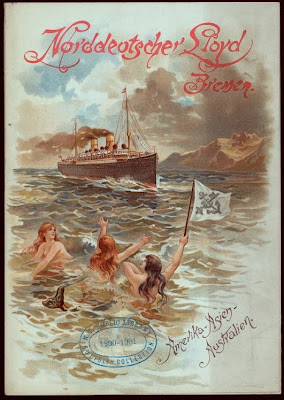 ... or culinary history or design history. The New York Public Library has done you a great favor; they have uploaded THOUSANDS of menus:

The menu collection originated through the energetic efforts of Miss Frank E. Buttolph (1850-1924), a somewhat mysterious and passionate figure, whose mission in life was to collect menus... Her principal method of acquisition was to write to every restaurant she could think of, soliciting menus. When letters failed, she often marched into a restaurant and pleaded her case in person. She also placed advertisements in trade publications like The Caterer and The Hotel Gazette, but just as often, published news of her collection prompted outright contributions of specimens from around the world. Three times between 1904 and 1909, The New York Times wrote about her and the collection, noting once that "she frankly avers that she does not care two pins for the food lists on her menus, but their historic interest means everything." Miss Buttolph added to the collection of more than 25,000 menus until her death in 1924. The collection has continued to grow through additional gifts of graphic, gastronomic, topical or sociological interest, especially but not exclusively New York-related.

As the embedded image above illustrates, the menus of the nineteenth century were colorful and interesting; most of them appear to have been menus for events, rather than for the general public, probably since "dining out" was still not much in vogue. (Found at Metafilter)