Do museums "dumb down" science for children? 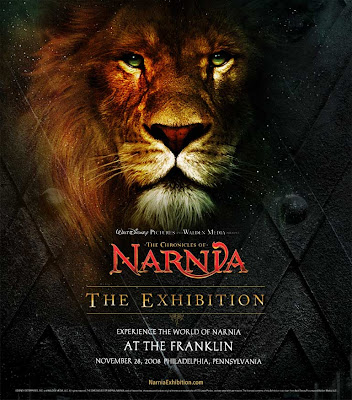 The Franklin Institute is generally considered to be one of the premier science education centers in the United States. This week there was an interesting column in the Philadelphia Inquirer suggesting that the Franklin "dumbs down" its offerings to children.

The current featured exhibit is "Real Pirates" (for a $23 admission charge):

Come and explore the Whydah and her story. See treasure chests of coins and gold, cannons, pistols, and knives salvaged from the ocean floor and a full size replica of the stern of the actual ship.

It does sound a bit more like a theme park than a science museum, and the Franklin is also offering "pirate-themed parties." Coming next: The Chronicles of Narnia, in collaboration with Disney.

Narnia? In a science museum exhibit? (apparently it's used to teach "climate change-connecting the White Witch's world with the melting polar ice caps; the forest with the destruction of our natural resources.")

I suppose I'm being a bit of a curmudgeon criticizing an exhibit I haven't seen, but for the moment I'll have to agree with the columnist (and the majority of the comments appended to the column) that this does not portend a favorable trend in public science education.